The discharge is impacted by the abstraction of water by the El Platanal hydro-eletric plant upstream whiuch varies on a seasonal basis. Less water flows in the river in November at thee nd of the dry season when more water is retained by the hydro-eletric scheme. In June and July there is more water in the channel following the rains earlier in the year and tributaries such as the Lincha and Viñac also make a contribution.

It is the case that the amount of dissolved oxygen expected at 100% saturation at sea level and at 20°C would be 9.03 mg/l. However, at 6.3-10.6 mg/l the DO readings are within the expe cted range. In June readings were slightly higher at 8.87 mg/l but June water temperature were approximately 17°C while in November they were slightly higher at 22°C which impacts on DO saturation capacity - higher temperatures reduce saturation capacity. There is also little vegetative growth in the river and so little photosynthetic input of oxygen. These factors together may account for the slightly reduced level of oxygen in river water here. At 6.3 mg/l DO and above aquatic vertebrates do survive and invertebrates will thrive. However, conditions are not suitable for many cold-water species, such as Salmonids. High concentrations of nutrients (particularly phosphorus and nitrogen) fuel algae blooms, which initially boosts dissolved oxygen levels but then rapidly reduce DO. It seems unlikely that high nutrient levels from fertilizer runoff or poorly treated waste waters would apply to this site.

The pH readings show quite a range from 8.02-8.87, averaging at 8.5, which is as expected. This suggests that the river has periods when it can be slightly more acifdic but equally slightly more alkaline. The range of pH readings are well within the tolerances for aquatic life, although not ideal for the reproduction of many higher order cold water fish species.

Site RC03 is located above the El Platanal reservoir and HEP station at 960m asl. The Rio Cañete, at this point is at the beginning of a long canyon with a wide flood plain but little or no intensively cultivated land in the principal valley apart from on river terraces.

Between sites RC03 and RC10, including the majority of the tributary valleys (RT1 to RT7) the Cañete valley is underlain by a large Mesozoic basin which has filled with sedimentary deposits such as limstones, sandstones and shales. Huge cliffs compromised of loose shales can be seen at various locations along this middle section of the valley. However, significant volcanic activity has led to igneous intrusions during the Cenozoic (66 million years ago until today) era. River bed sediments will be principally sedimentary in origin derived from the local sedimentary deposits and those higher up the valley (See RC10 Site description) with some occasional material derived from the igneous intrusions.

The town of Zuniga lies below this site and Catahuasi above. These settlements are centres of greater agricultural activity as a result of raised water abstraction. It is in these zones that agricultural activity is more intense and increasing where the valley floor and sides permit. The main valley at this site is narrow and deeply incised with a narrow flood-plain and a braided channel. Recent works to build up the banks have impacted on the course and characteristics of the channel.

The banks are lined with some river cane and scattered areas of stunted willow. Cultivation is low intensity at this elevation. The production of maize, bananas, ajo (garlic), aji (peppers), fruit trees (apples) and some avocado dominate land use. There are also smaller areas of subsistence crops as much agriculture is for household consumption. There is little natural vegetation remaining at this point with some acacia and willow on the narrow flood plain. On the arid slopes columnar cacti are common but these slopes are largely devoid of vegetation. These elevations are typically depauperate but are home to Black-necked Woodpecker, Scrub Blackbird, Blue and Yellow Tanager and Croaking Ground Doves. 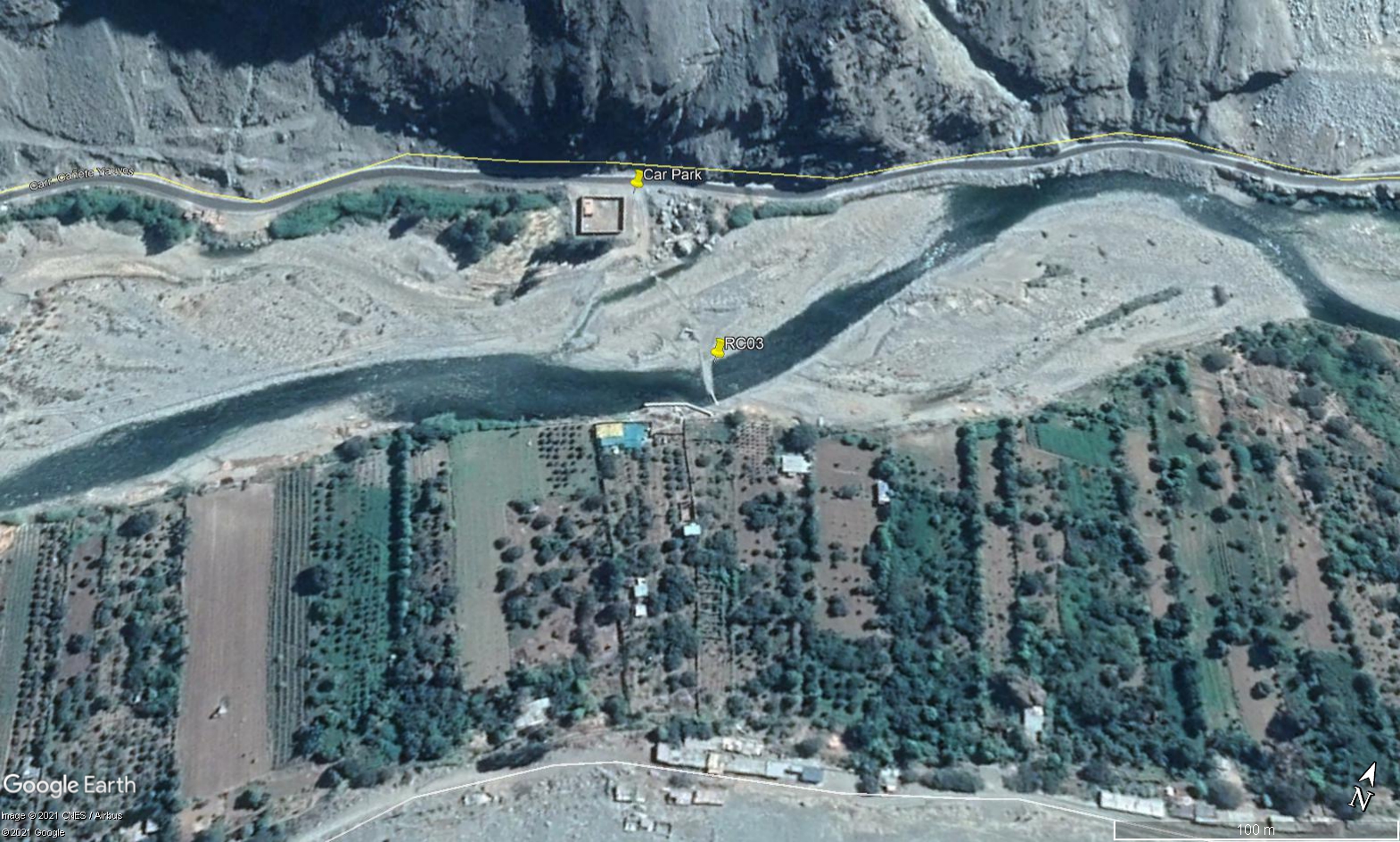 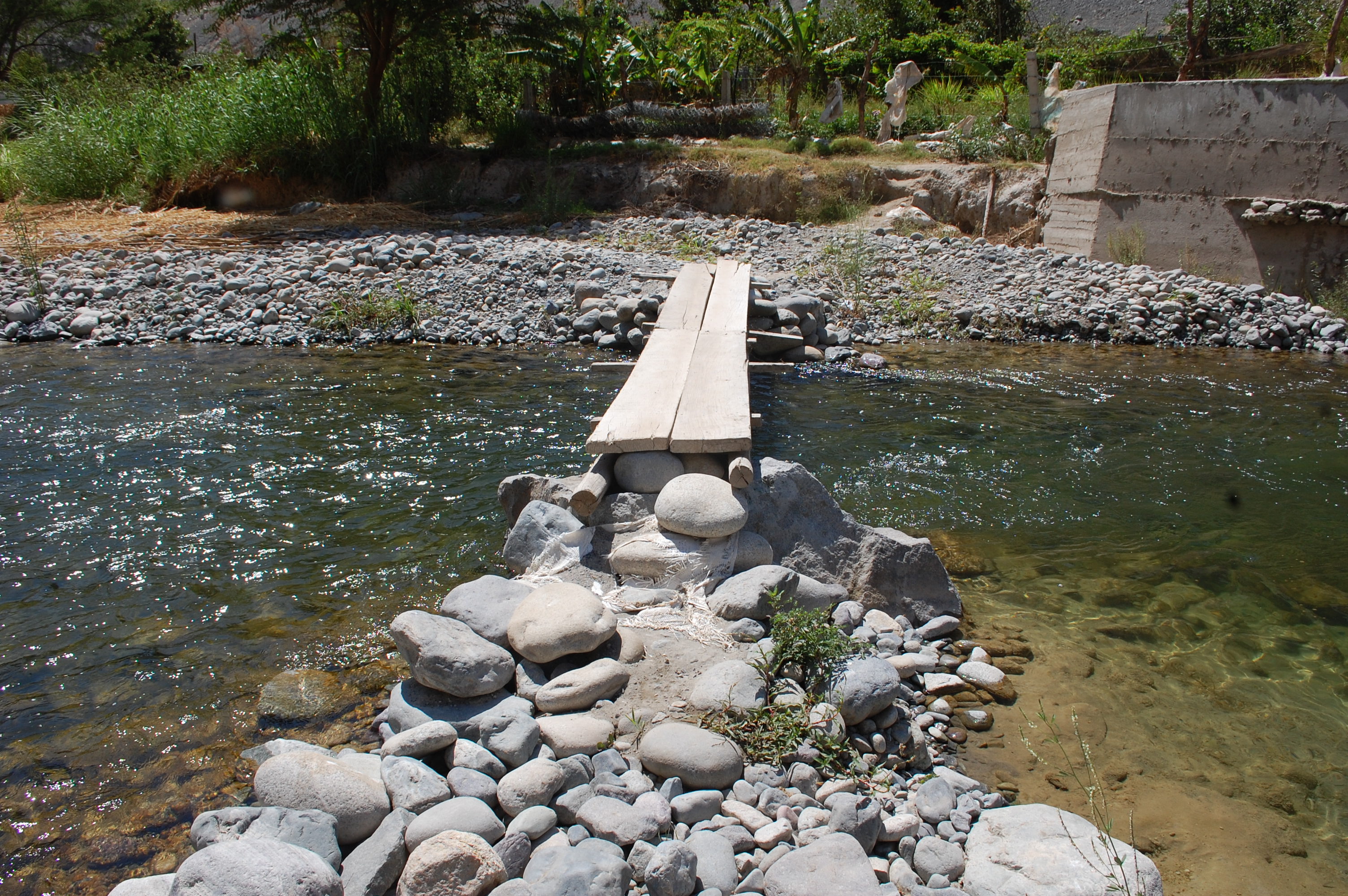 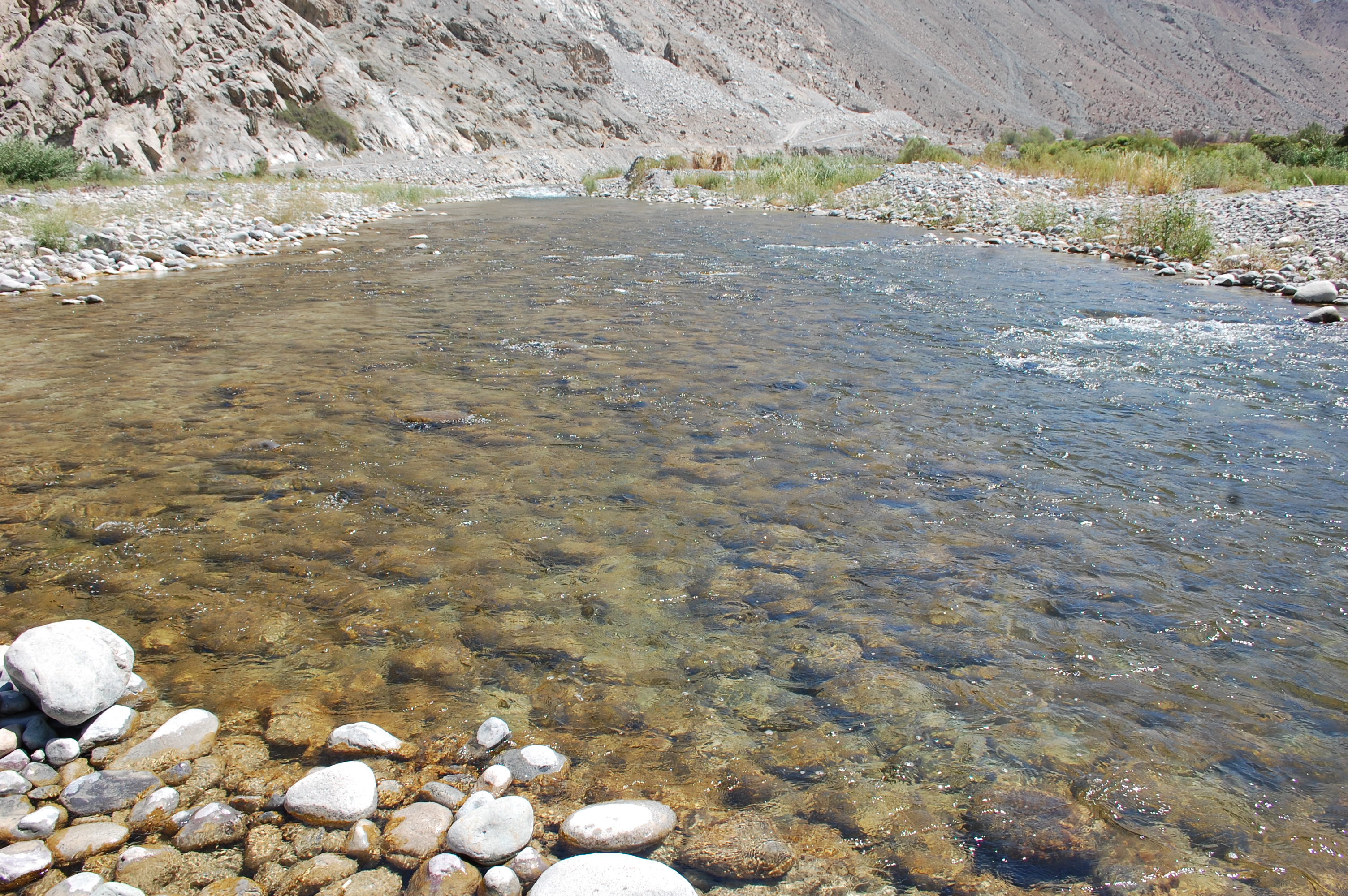 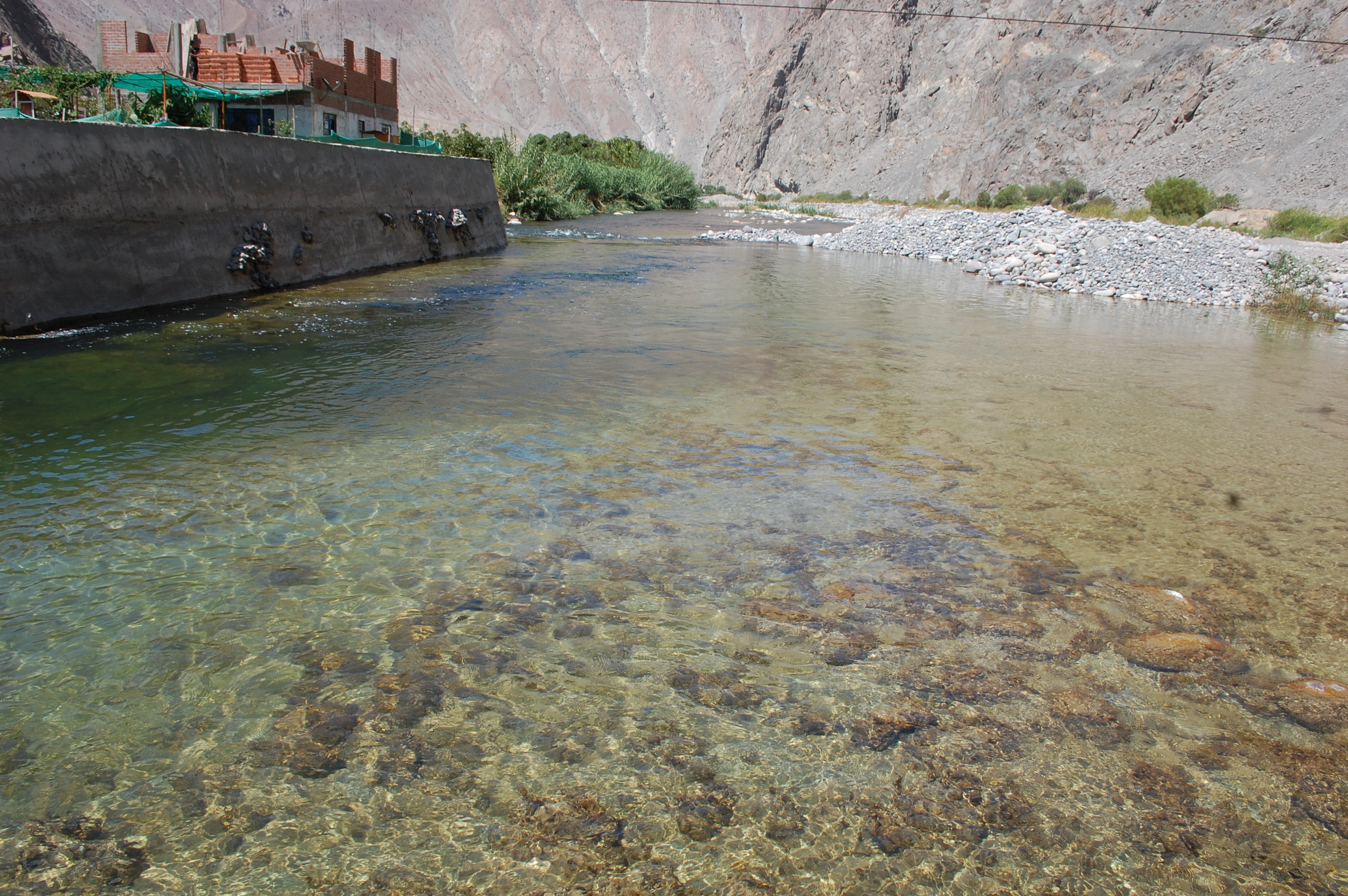