Discharge at this site varies significantly seasonally with the data for November 2019 indicating that the rains have yet to fall in the headwaters while the reverse was the case in November 2021. The river channel is impacted just downstream from the site by gravel workings in the channel.

At just over 1650m asl the DO readings at RC06 are as expected. Again, the increased elevation and diurnal fluctuations in temperature in narrow, sheltered sections of the valley produces fluctuations in maximum absolute oxygen capacity and, in consequence, percentage saturation. This then fluctuates with that rhythm accordingly. At DO levels ranging from 5.6-9.9 mg/l and 75-125% oxygen saturation aquatic vertebrates survive and invertebrates will thrive.

The conductivity readings at this site (424-556 µS/cm) are as expected at this altitude.

pH readings of around 8.5 are as expected. At these levels the alkalinity of the river is suitable for aquatic life and not approaching the tolerances of most aquatic vertebrates and invertebrates.

Site RC06 is located just below the settlement of Calachota and above the mid-catchment reservoir at Capillucas at 1660m asl in the arid subtropics. The valley here is broad with a highly braided channel. There are significant areas of cultivation, requiring irrigation waters. These are abstracted in the traditional fashion with many channels carrying water along valley side contours to feed fields by superficial watering. The valley is deeply incised with steep arid slopes rising from the flood plain. Valley sides at this elevation remain very dry, mainly supporting the xeric vegetative communities found lower down in the valley system. At this point in the sub-catchment farming is partly subsistence, but some production is still offered to markets down the valley. There are areas devoted to avocados, citrus and some plantains.

As elsewhere in the drainage basin, discharge is highly variable with a marked seasonality. Discharge measurements from November to March being considerably greater. The channel itself is braided with large area of ephemeral gravel islands found in the channel. In addition to the abstraction of water, the extraction of gravels and sands is undertaken just below the village close to the site.

Natural vegetation is limited to scattered willows and river cane along the banks. The fauna and flora in the valley remain depauperate. Scrub Blackbird, Black-necked Woodpecker and Bare-faced and Croaking Ground Doves are common.

Site RC06i (July 2019) was located further downriver where the road to San Lorenzo de Putinza crosses the river below the Capillucas dam. At this site a significant amount of water has been removed from the main channel by the hydro-eletric plant and re-enters the river further downstream. This site was replaced by RC06 for future data and sample collection. The narrow flood-plain and lands below and around the village are farmed with citrus fruit and avocado orchards as well as maize, onions, garlic, and pepper production. The river here is lined with acacia and some willow. 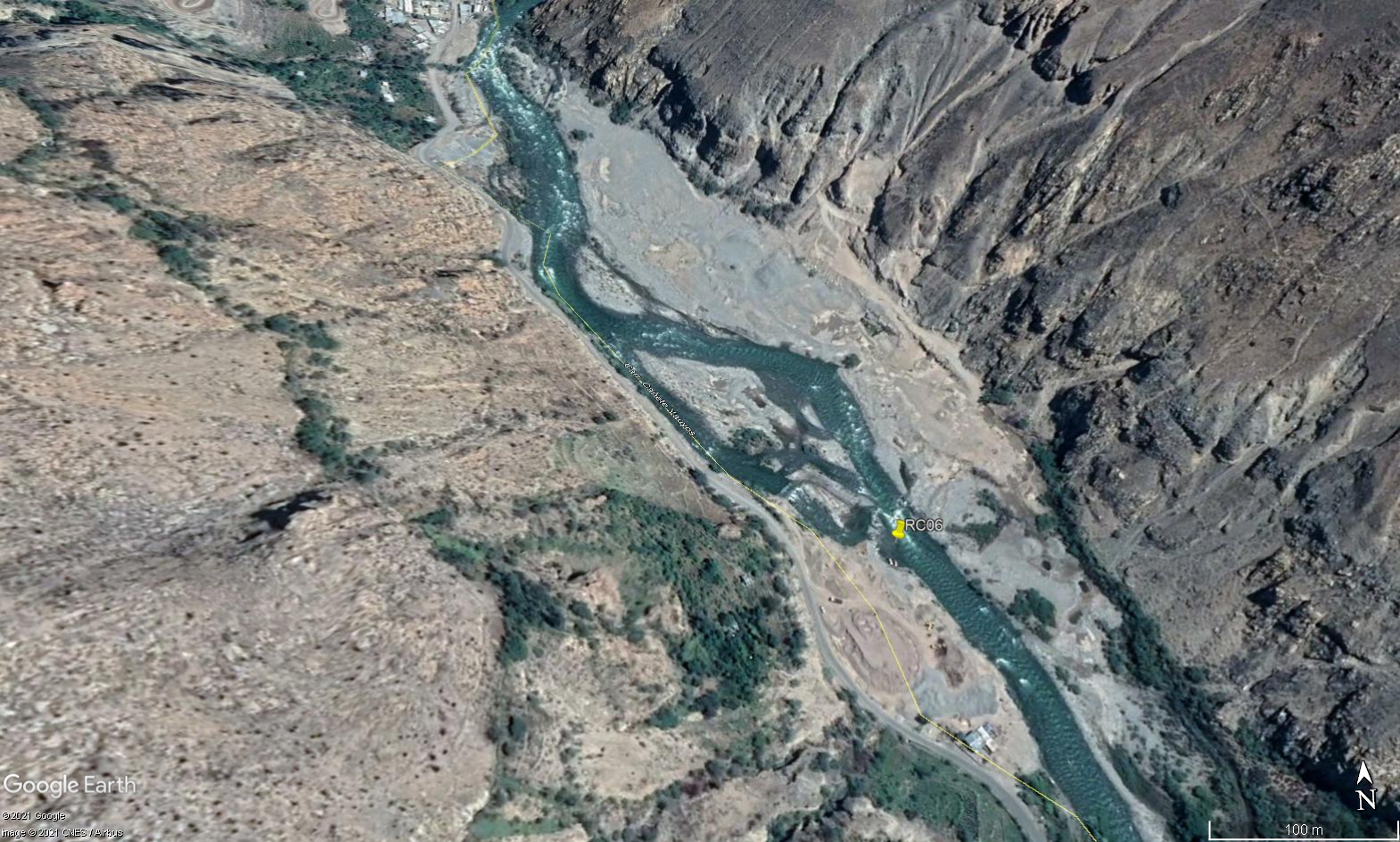 Site RC06 - Study site location: below the settlemnt of Calchota and just above the riverbed gravel workings. 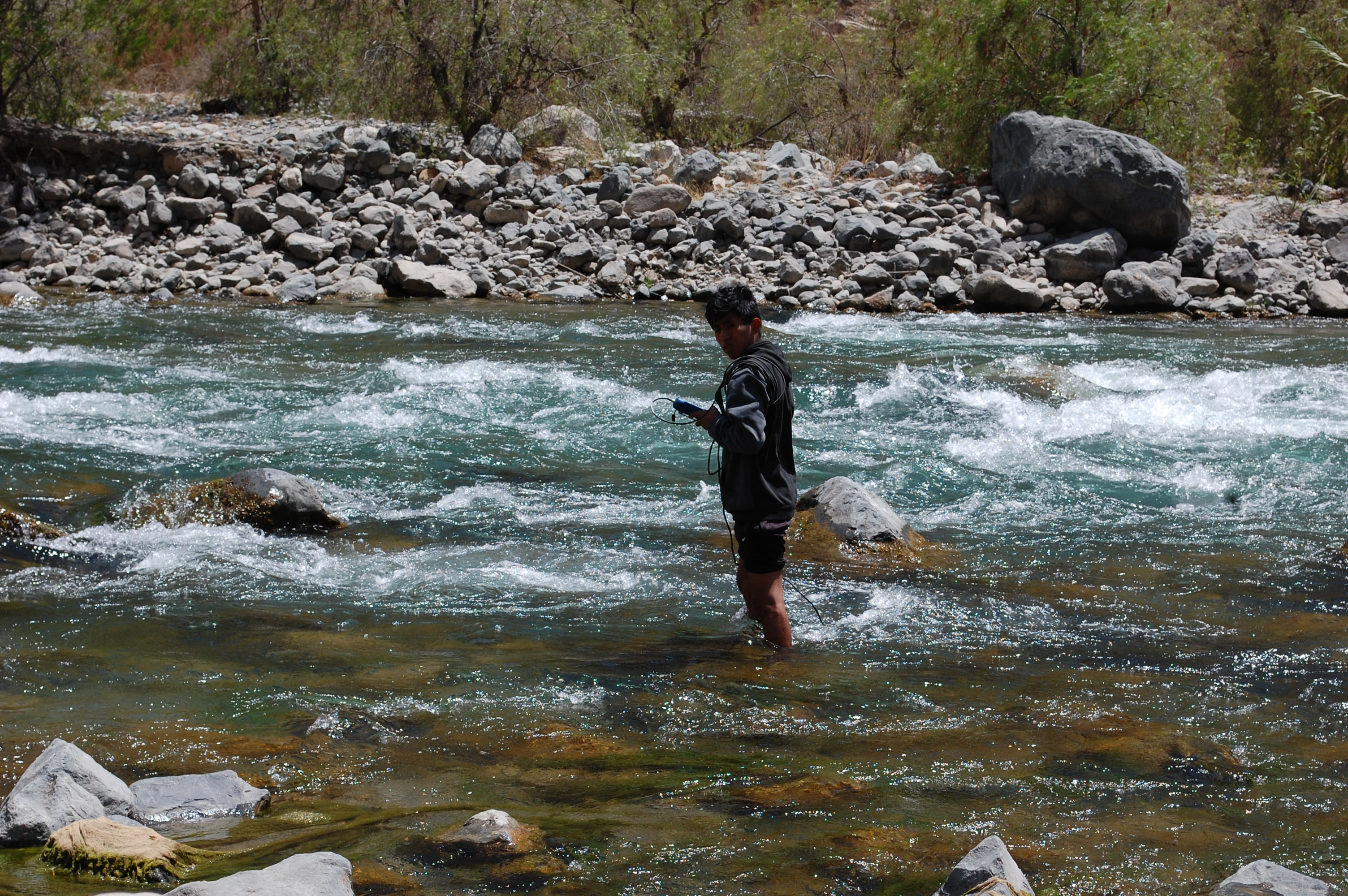 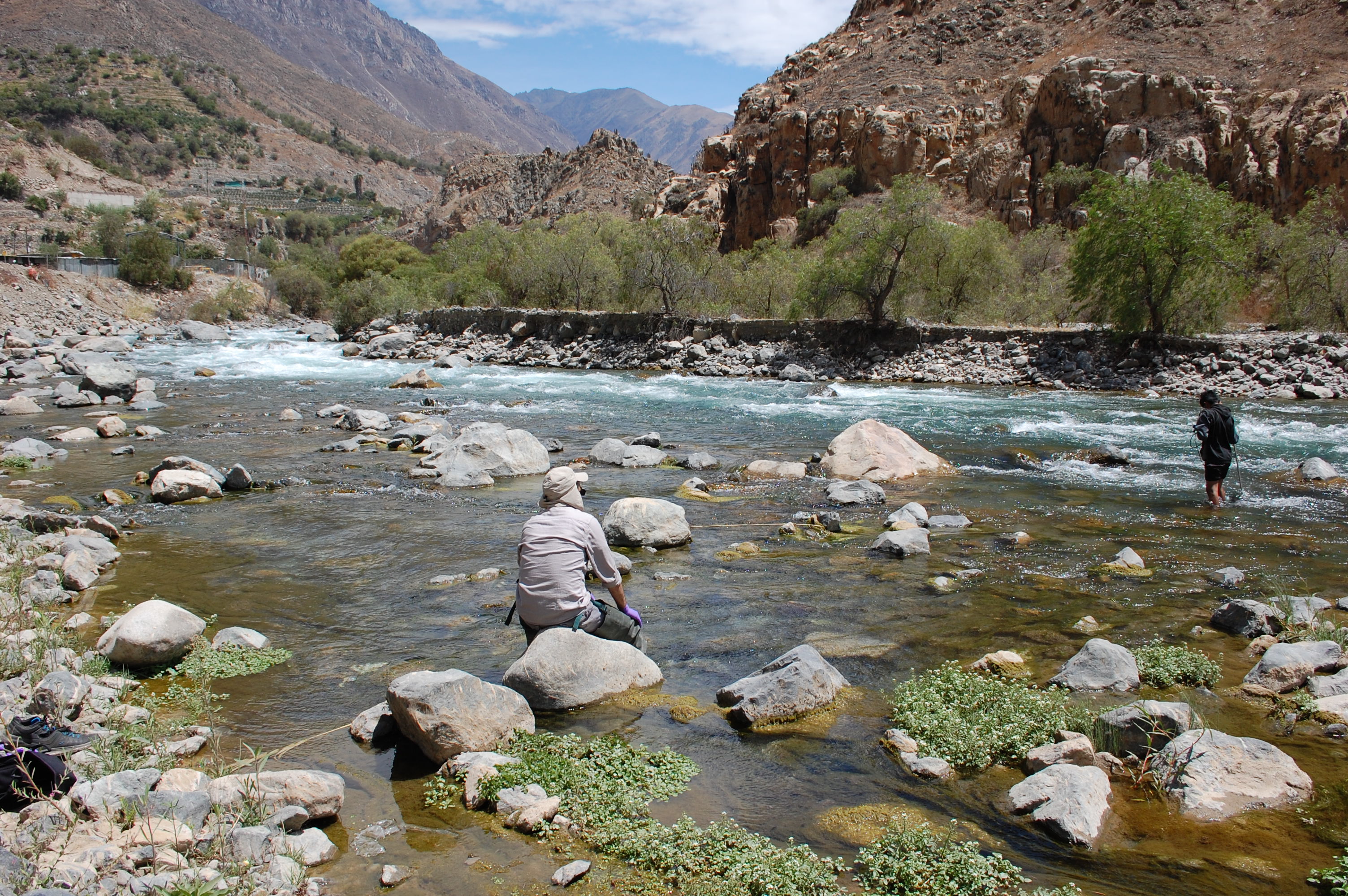 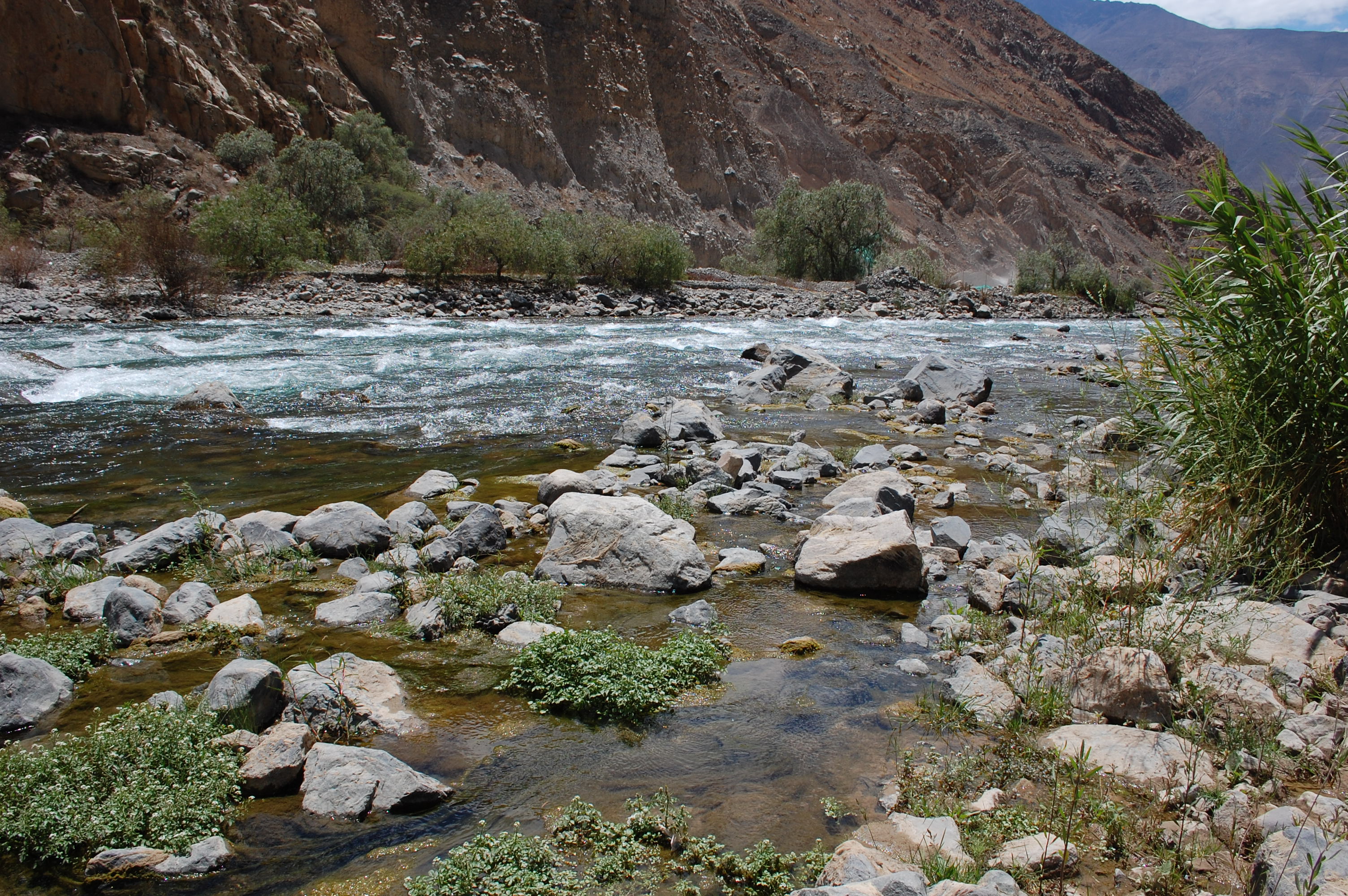