At this site a small amount of water trickles out from a geothermal spring with several sources adjoining the Rio Viñac. However, extensive evidence of geothermal activity suggests that the spring was far more active in the past.

At just over 3800m asl the average DO reading (2.78 mg/l) was low but this is to be expected for water that has just appeared from underground at this altitude.

However, the conductivity readings at this site (3693 - 7837 µS/cm) were off the scale and strongly suggest that the conditions for most aquatic life are very poor. (In fact, locals advised that farm animals are kept away from the area because they have died in the past after drinking at the spring).

The pH reading of 6.7 is on the low side but could still support much aquatic life.

Site T1d lies adjoining the Rio Viñac valley at 3825m asl just above its confluence with a small tributary.

The valley at this point has a more u-shaped profile with a narrow flood-plain.

The study site was bare of almost all vegetation, with very little vegetation growing close to the spring outflows. There was clear evidence of a long-term and more substantial outflow in the past in the form of mineral deposits.

The surrounding valley sides are treeless and covered with coarse grass grazed by animals.

There are no permanent settlements in this part of the valley. There is access to the site via a rough track. 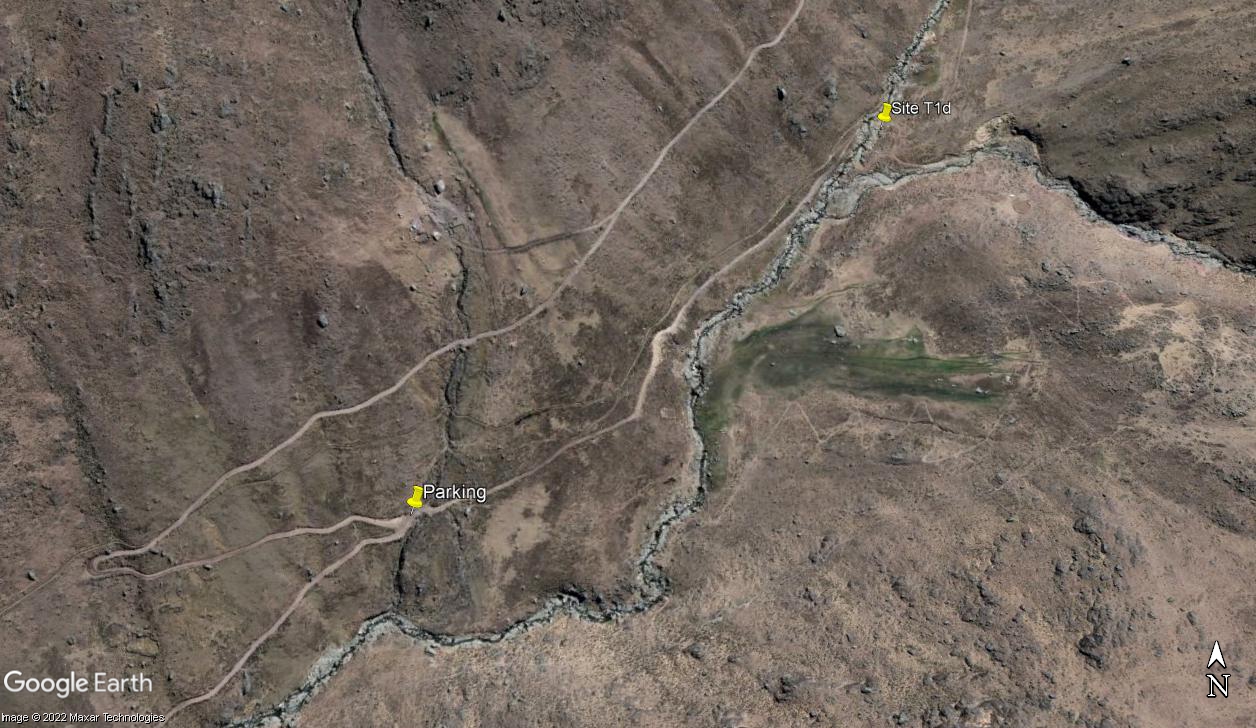 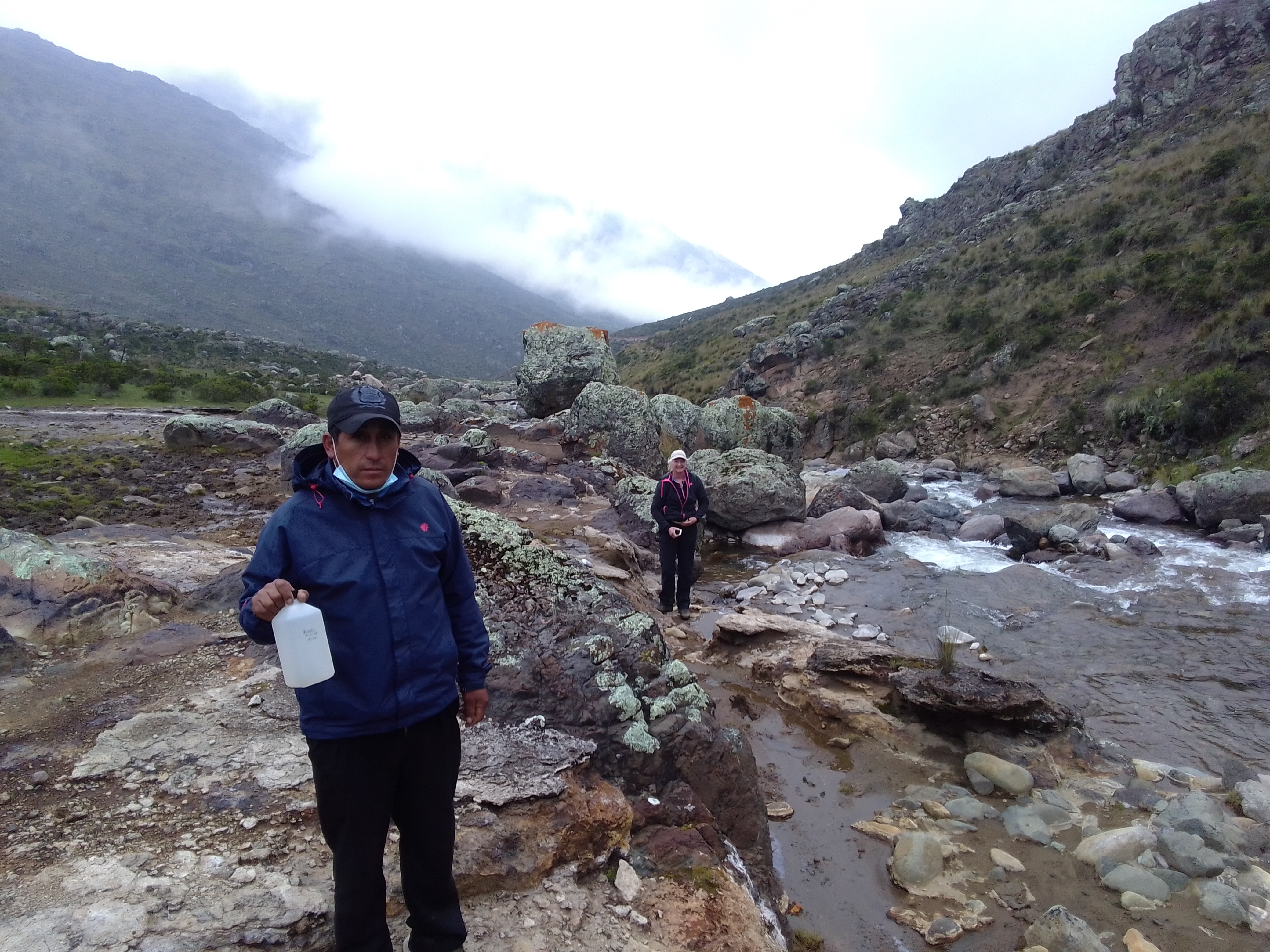