Several springs flowing out from beneath the scree slopes falling into the highest bofedal in the valley, were sampled.

At just over 4500m asl the DO readings fall within the range to be expected for water that has just appeared from underground at this altitude.

The conductivity reading at this site (46 µS/cm) is very low but reflects the fact that this water has only just emerged from underground. At this initial level it presents some challenges for many species of aquatic life.

The pH reading of 7.74, is as expected. At these levels the alkalinity of the river is highly suitable for aquatic life and indicative of clean water.

Site T1E is located within the bofedal which is identified as the main source of the Rio Viñac at 4540m asl. The bofedal lies within a corrie backed by steep slopes covered in scree - the springs appear along the base of the scree slope – and appears to be completely healthy.

There is no agricultural cultivation taking place, other than the grazing of cattle and alpacas on the bofedal.

Andean goose, Andean and Puna Ibis are found feeding on the marshland.

There are no permanent settlements in the upper valley. 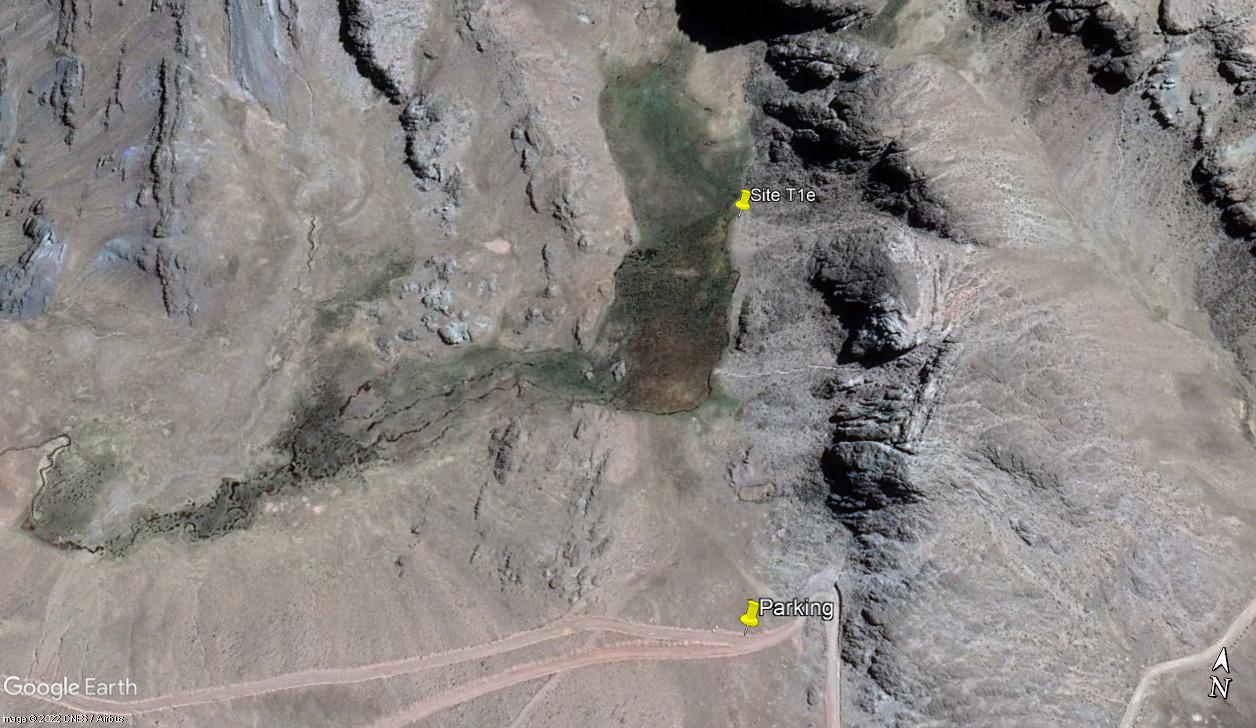 Site RT01E - the study site location: in the bofedal at the base of the scree slope. (March 2022) (John Forrest) 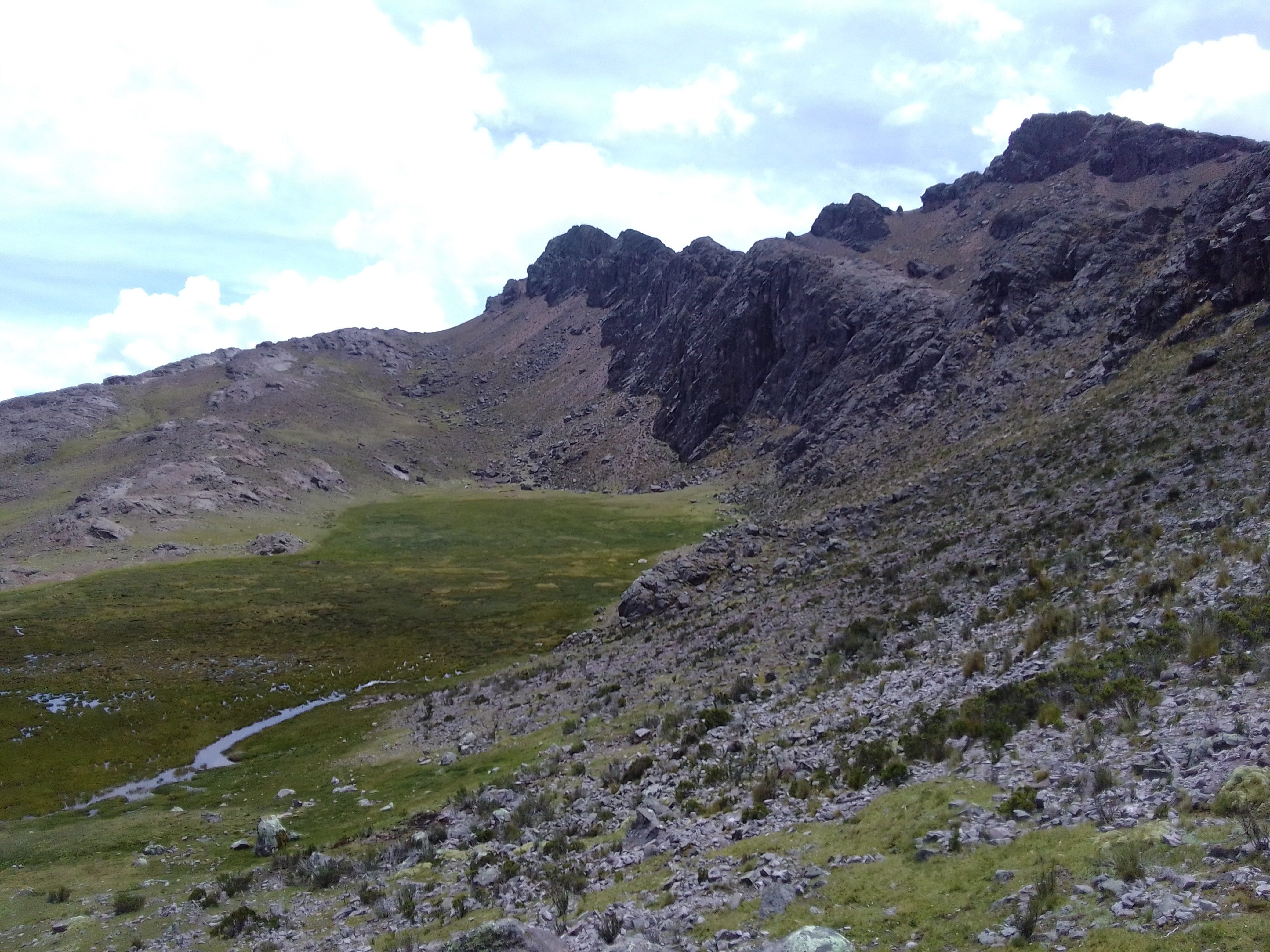 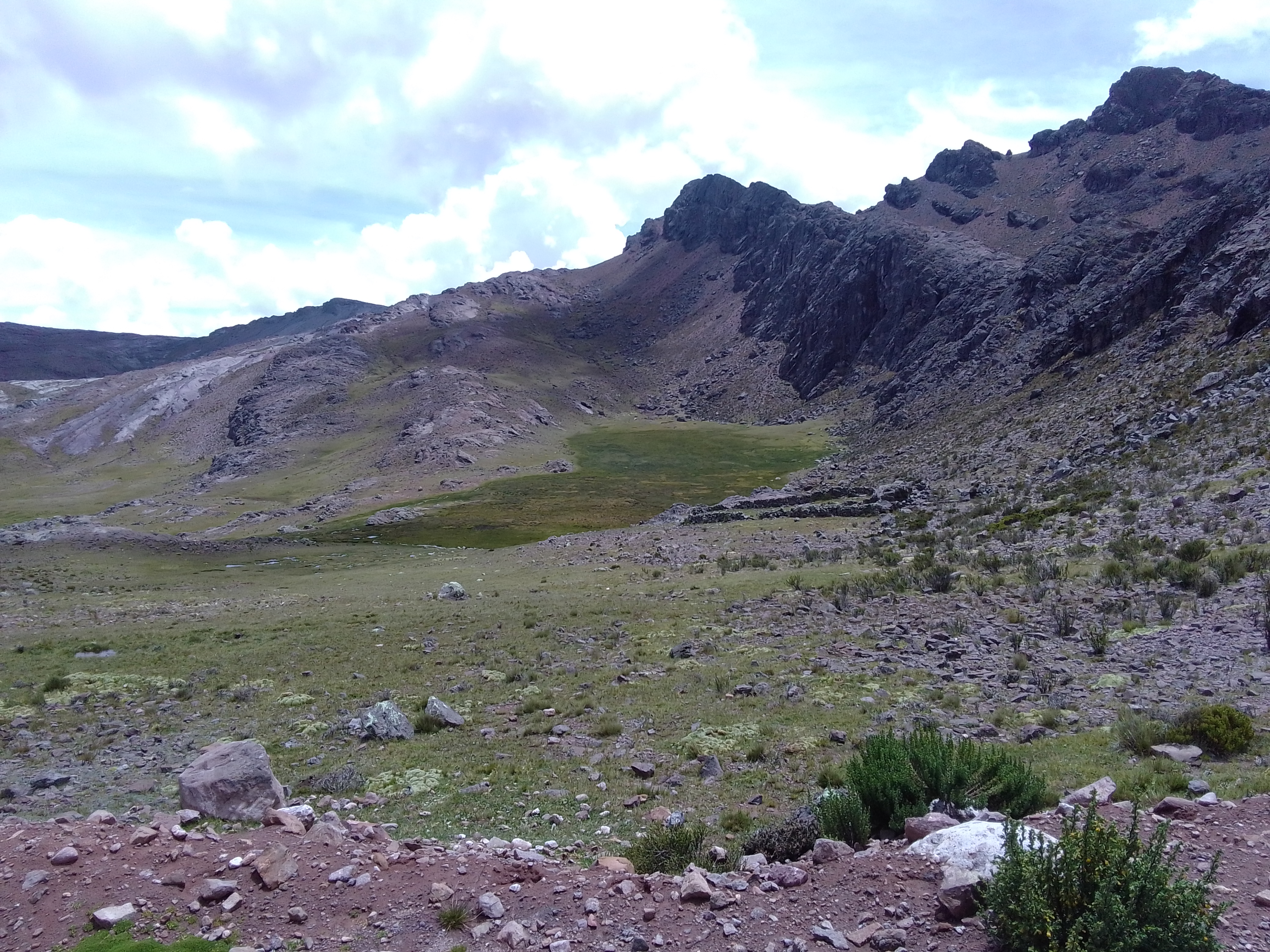