Discharge in the Rio Yauyos is very similar to that in other sub-catchments. Elevated discharge being recorded for the months January to April, followed by a gradual diminution until the rains start in December. The periods we have sampled lie within the drier periods.

At just over 2345m asl the DO readings at RT06A fall within the range to be expected for both July and November data sets. Again, the increased elevation and diurnal fluctuations in temperature in narrow, sheltered sections of the valley will produce fluctuations in maximum absolute oxygen capacity and, in consequence, percentage saturation. This then fluctuates with that rhythm accordingly. The DO levels appear to be rather variable at this site, perhaps indicating that the conditions for life are likewise rather variable.

The conductivity readings at this site (125-178 µS/cm) are low but as expected for higher elevation tributaries.

The average pH readings of just over 8.0 are as expected. At these levels the alkalinity of the river is suitable for aquatic life and not approaching the tolerances of most aquatic vertebrates and invertebrates.

Site RT06A is located in the upper sub-tropics, below the settlement of Yauyos and just above the main Rio Cañete valley at 2345m asl. This narrow side valley drains one of the larger sub-catchments that lie on the north bank of the Cañete valley. At this sample point it has a pronounced v-shaped profile. There are significant areas of cultivation, requiring irrigation waters on the north side of the main valley, with reduced areas on the south side. Agriculture is beginning to become more like traditional Andean farming. Potatoes, onions, quinua and maize are grown along with many other feed crops for livestock. The soils are good and the traditional irrigation systems have probably existed here for many centuries. A dense network of irrigation canals radiate along the valley sides below the settlement of Yauyos to feed extensive areas of cultivation. Although this takes significant quantities of water, the Rio Yauyos holds water year-round. Yauyos is a larger settlement and much production is aimed at supplying it and other communities in the lower valley. The use of pesticides has been observed at this site, with the same concerns over their use. Discharge measurements from this river from January to March are considerably greater. As with most sample sites and all upper elevation tributaries, the channel is choked with large boulders and rocks.

Above the cultivated areas valley sides are arid, supporting a xeric vegetation with increased woody shrubs and trees lining some of the more sheltered areas. Along the valley bottom, the vegetation is entirely anthropic in origin, with larger areas of the invasive exotic eucalyptus being planted. This is a common feature of vegetation throughout the Andes. It is considered to be a useful tree that grows quickly and produce straight timber for building. However, it is a species that lowers water tables, acidifies soils and contributes to increased levels of erosion, especially where they are planted in extensive monocultures. Of the natural vegetation there are clumps of river cane and willows along the river edge along with increasing numbers of species typical of the relictual pacific woodlands found in the temperate zone. 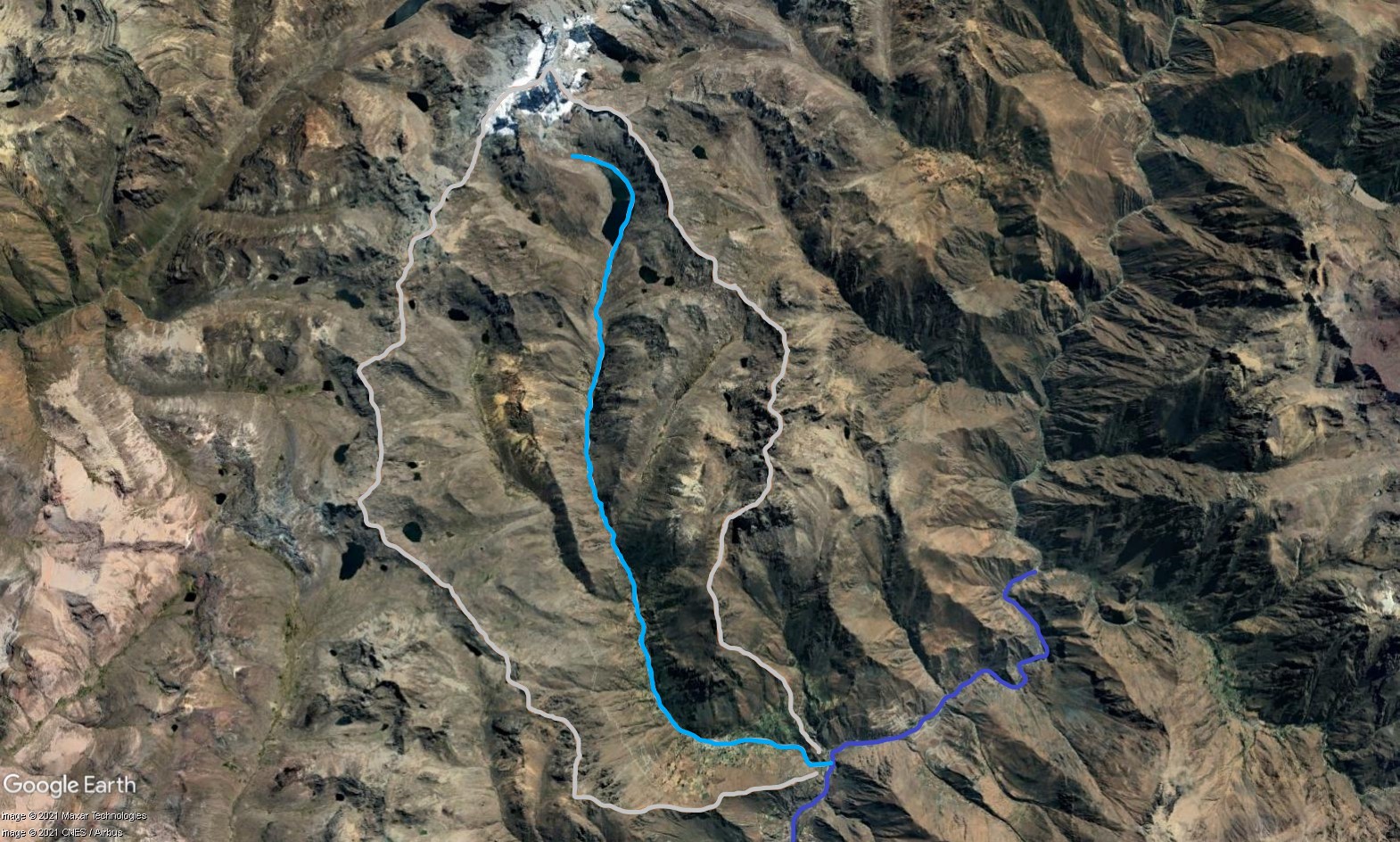 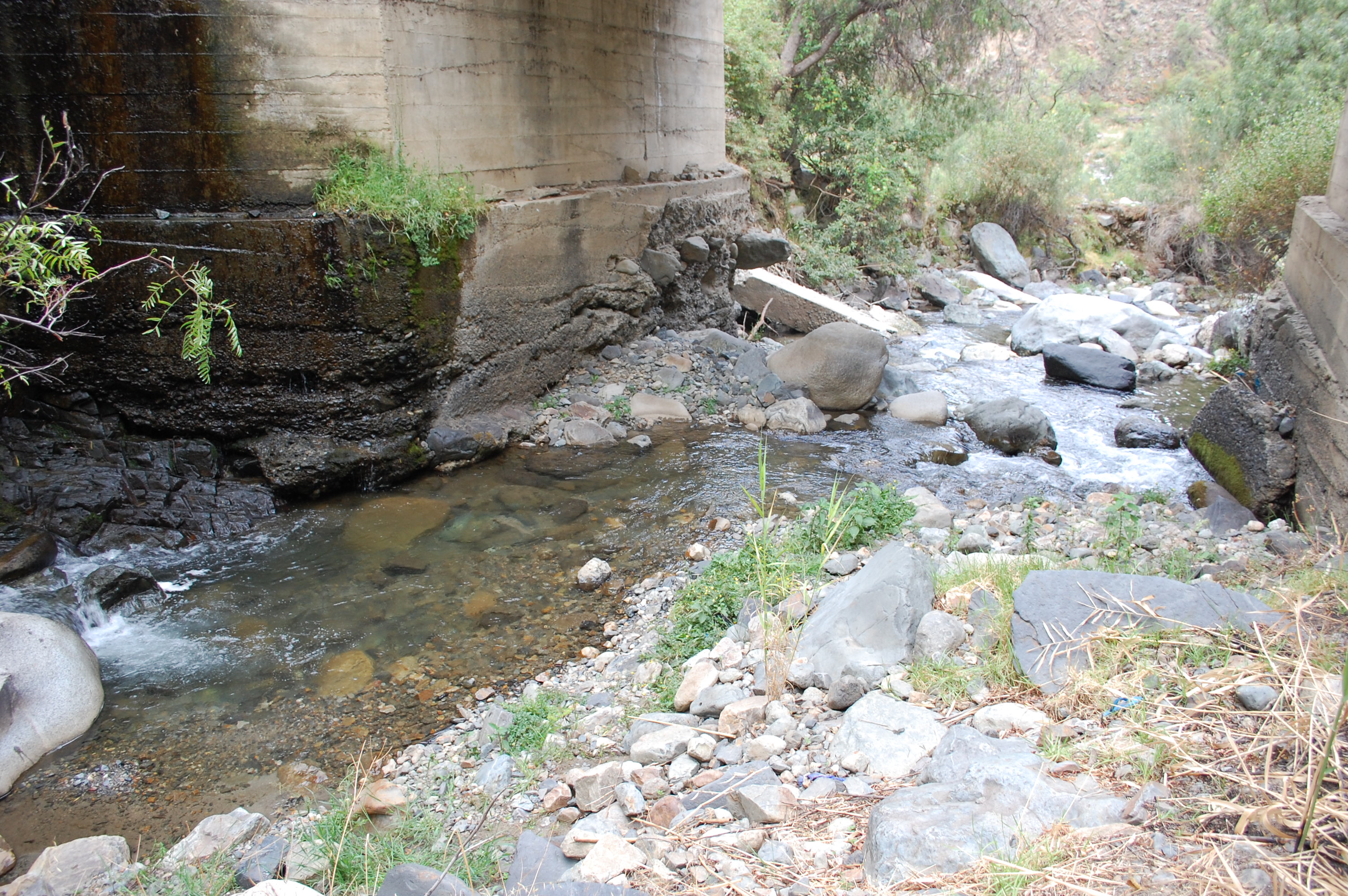 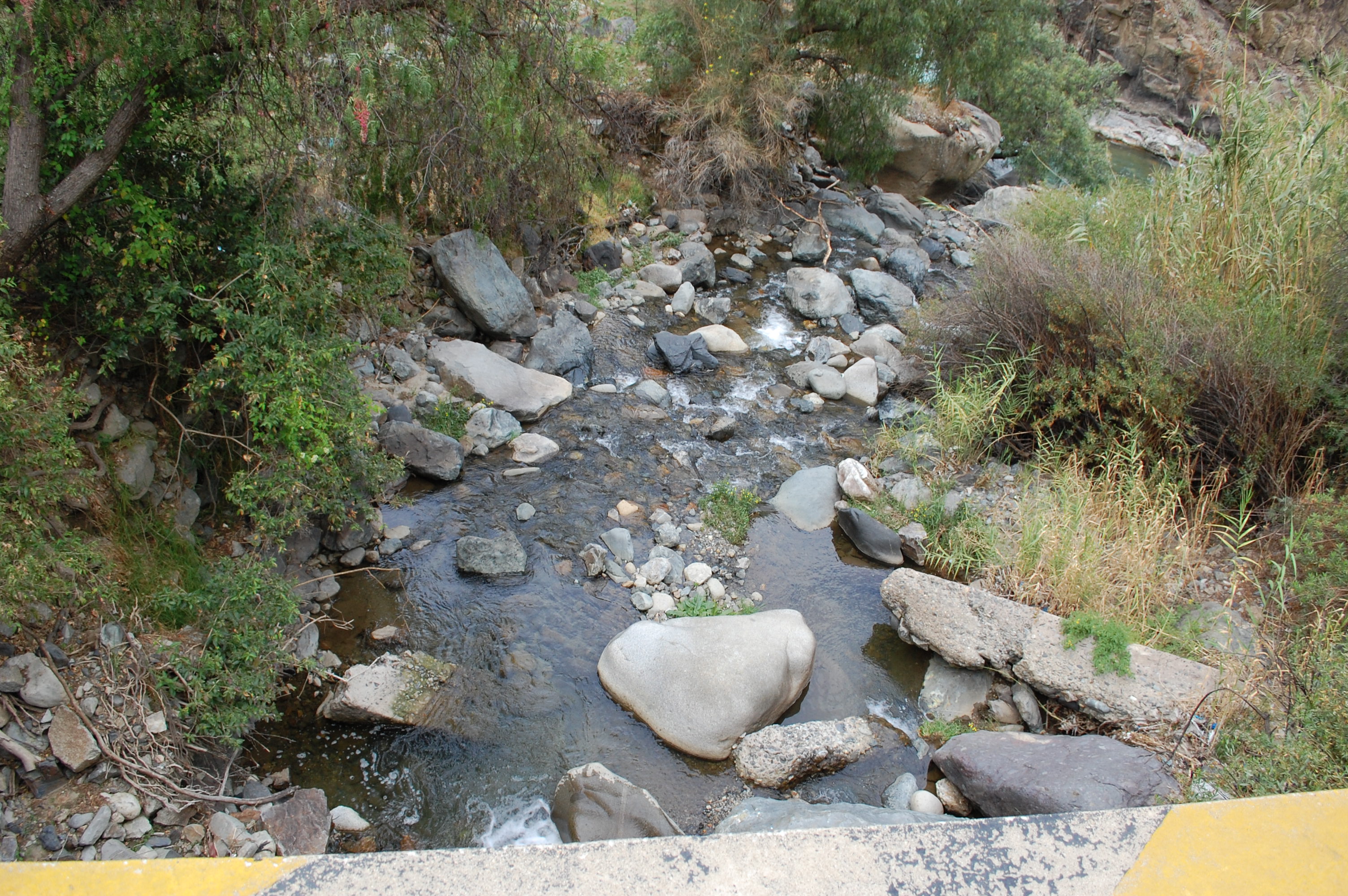