Although discharge is impacted by water abstraction for agricultural irrigation in the valley, channel flow remains high throughout the year. Along the west flank from Tumbes to Tacna many catchments are dry from July to December or with very little channel flow. This means that throughout the catchment the state of natural and semi-natural habitats is rather better than elsewhere. Irrigated areas here, as elsewhere extend the cultivated area upslope and greatly increase the extent of farmed lands. Discharge in January to March will exceed 20 m³/s. During the rest of the year discharge fluctuates in accordance with the demands of irrigation.

At just over 2000m asl the DO readings at RC08 fall within the range expected for both July and November data sets. Again, the increased elevation and diurnal fluctuations in temperature narrow, sheltered sections of the valley produces fluctuations in maximum absolute oxygen capacity and, in consequence, percentage saturation. This then fluctuates with that rhythm accordingly. At DO levels from 4.9-7.14 mg/l and 69-82.9% oxygen saturation most aquatic vertebrates will survive but may struggle to reproduce in the November period. Invertebrates however thrive.

The conductivity readings at this site (423-466 µS/cm) are as expected at this altitude.

pH readings of about 8.67 November, are as expected. At these levels the alkalinity of the river is suitable for aquatic life and not approaching the tolerances of most aquatic vertebrates and invertebrates. The July data requires confirmation.

Site RC08 is located at the bridge crossing the Rio Canete to Cusi. It is some distance downriver from the confluence with the Rio Yauyos. The valley is narrowing at this point and only has a very limited flood-plain but with more extensive cultivated areas on the river cliff terrace on the south bank. The valley has v-shaped profile with the steep valley sides typical of a deeply incised valley.

There are significant areas of cultivation, requiring irrigation waters along the river terrace. This is irrigated in the traditional fashion with contour-hugging irrigation canals from higher up the valley. Agricultural production in this area is for the valley communities and not purely subsistence. On the dry slopes, above the cultivated areas, the valley sides are arid, supporting a primarily xeric vegetation. There are more extensive areas of semi-natural vegetation with groves of acacia, river cane and willows lining the rivers edge where natural vegetation is more verdant. The fauna and flora in the valley remains depauperate and largely comprised of synanthropic species. 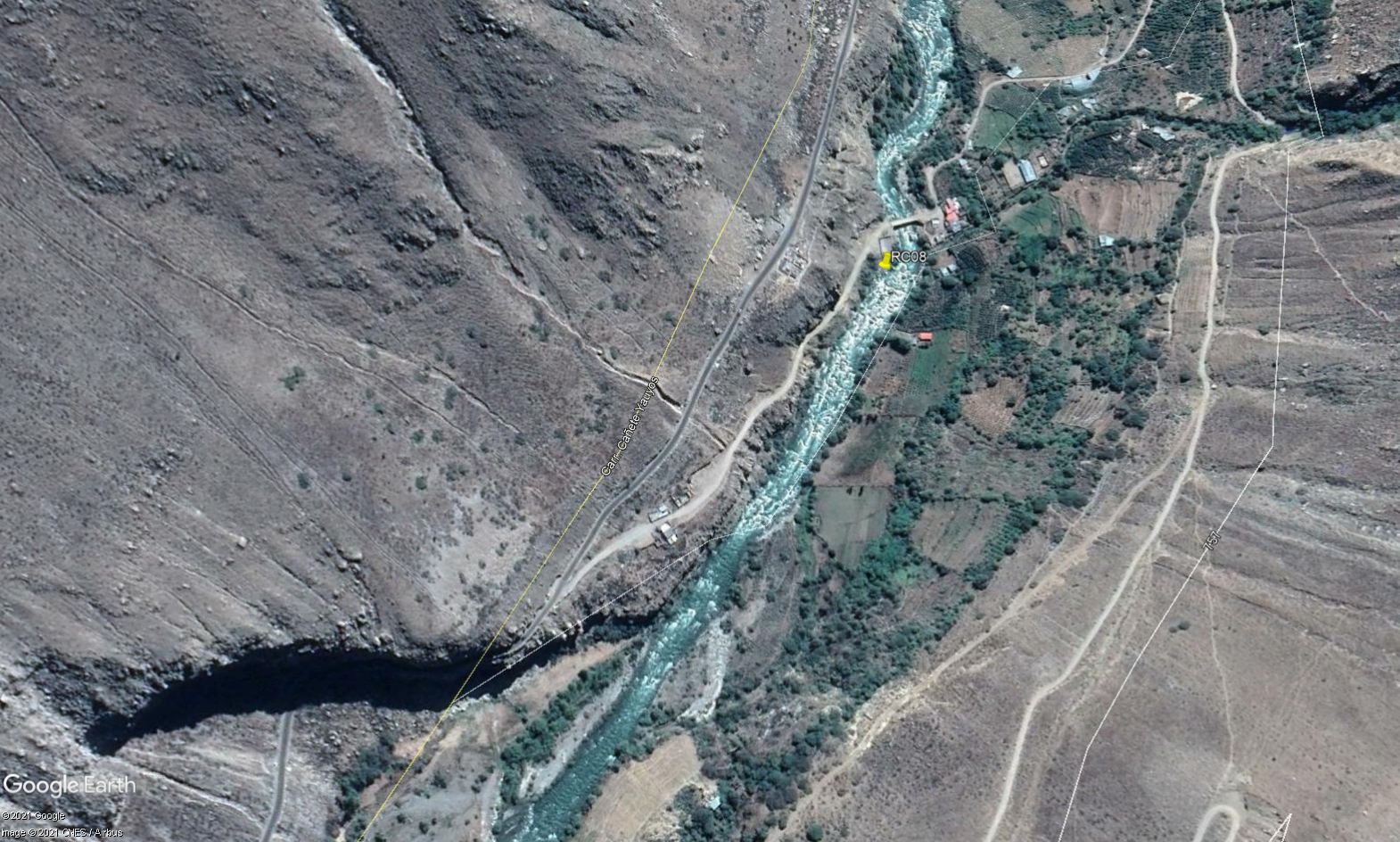 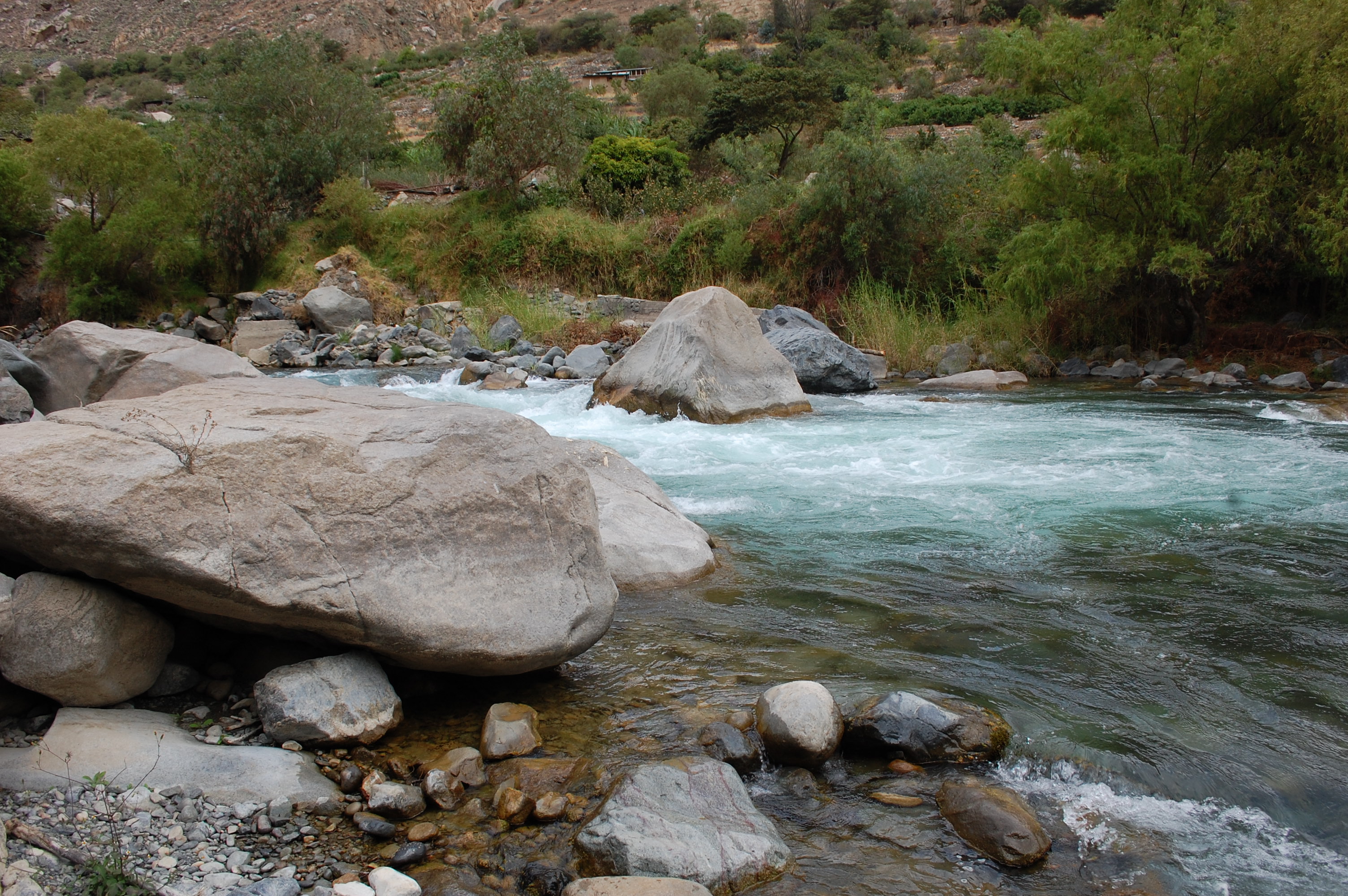 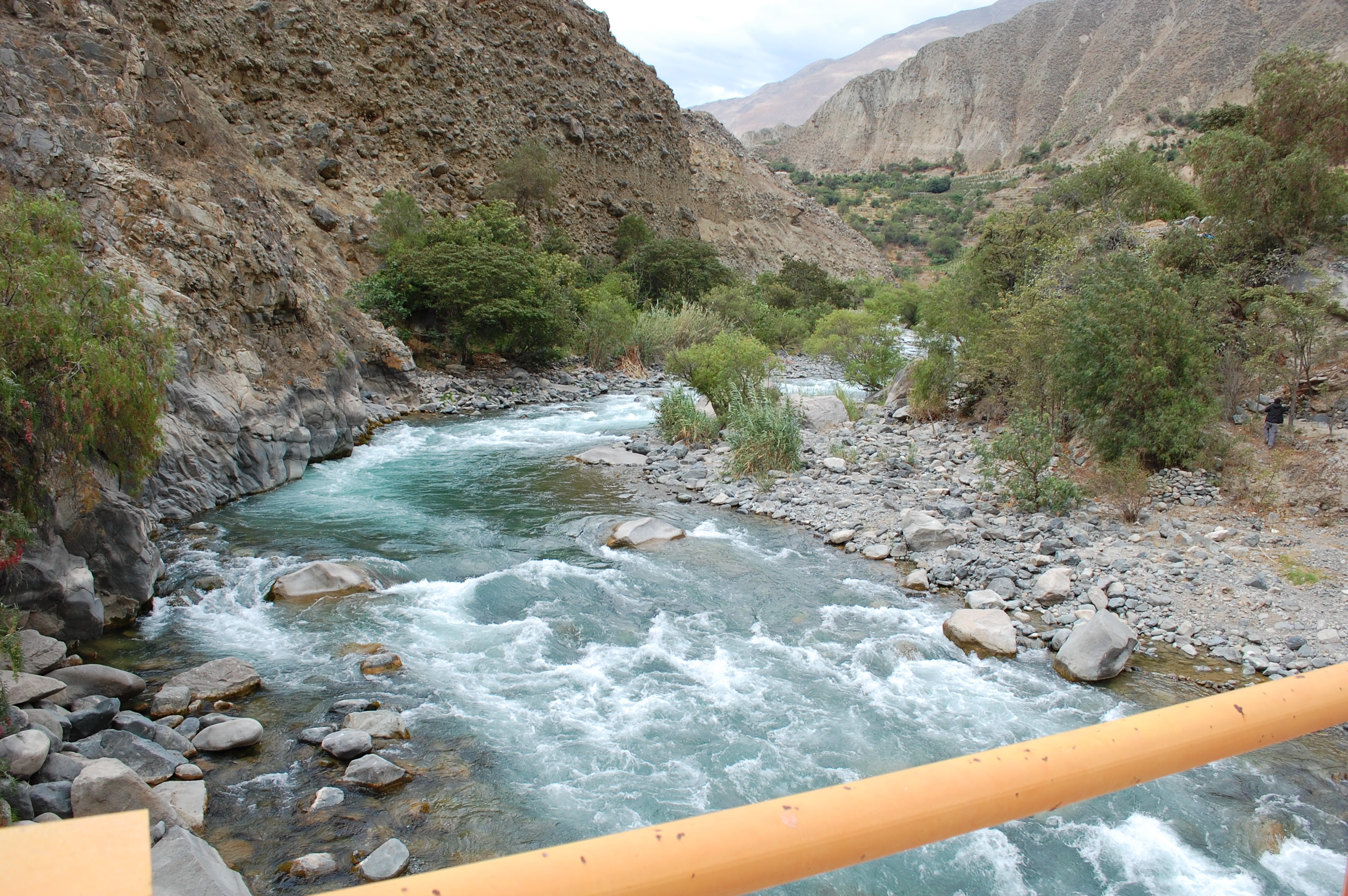 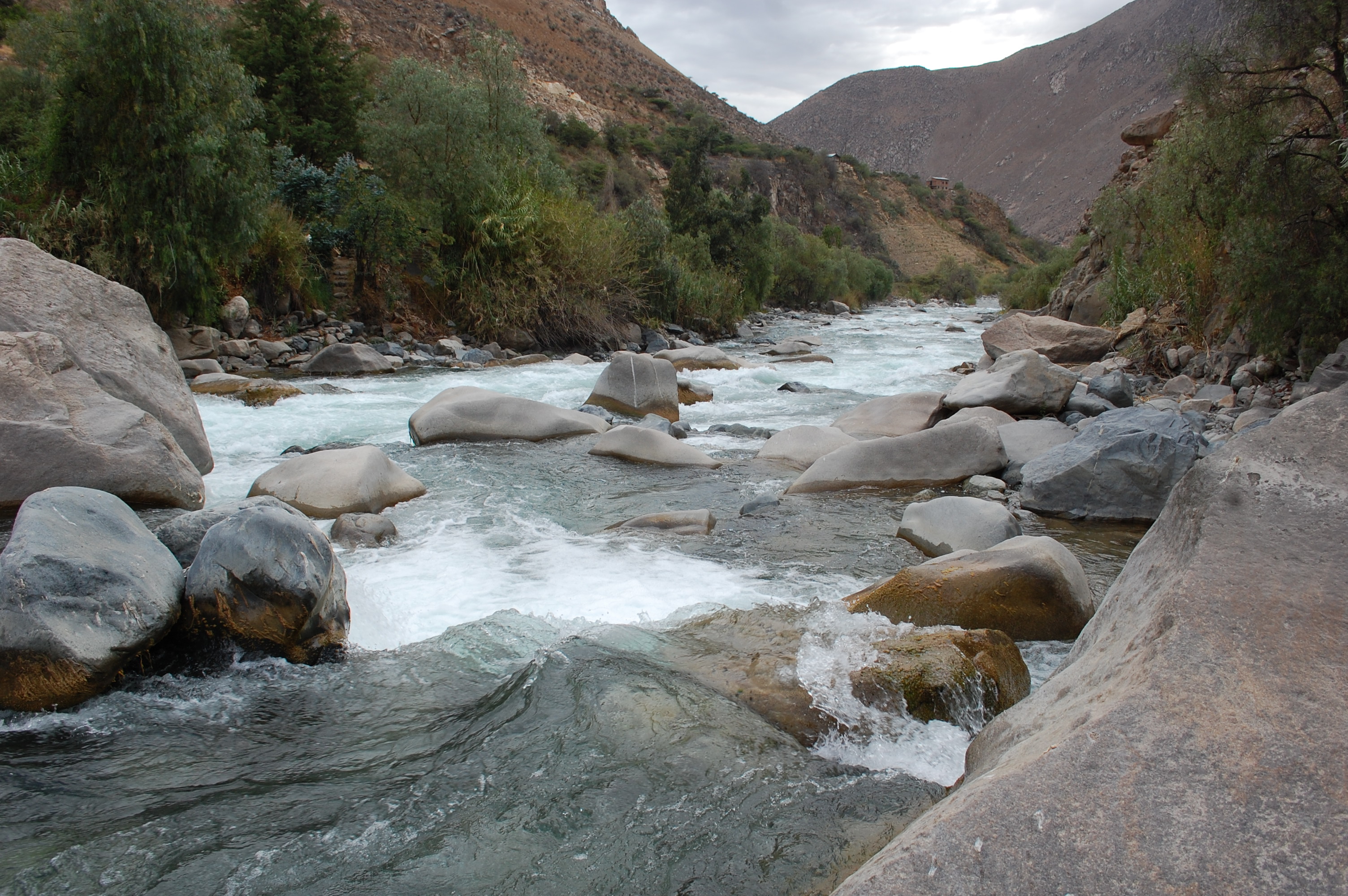