The discharge varied significantly between the wet (March) and dry (November) seasons as expected.

At just over 4000m asl the average DO reading of just ovr 5mg/l was lower than at many sites but falls within the range to be expected at higher altitudes.

The average conductivity reading of nearly 400 µS/cm was as expected for a site located above all major settlements though it may be slightly raised by ancient mine workings further upstream.

The average pH reading of over 8.5 is as expected. At these levels the alkalinity of the river is suitable for aquatic life.

Site RT09S is located on a significant tributary of the Rio Alis at 4005m asl at a pont where there is a narrow flood plain and steep valley sides. The valley narrows every so often and then opens out again but there are no human habitations in these ‘openings’.

There was no agricultural cultivation taking place on the banks and hillsides surrounding the site which consists of rough pasture. There is some evidence of small ancient mine workings further up the valley. 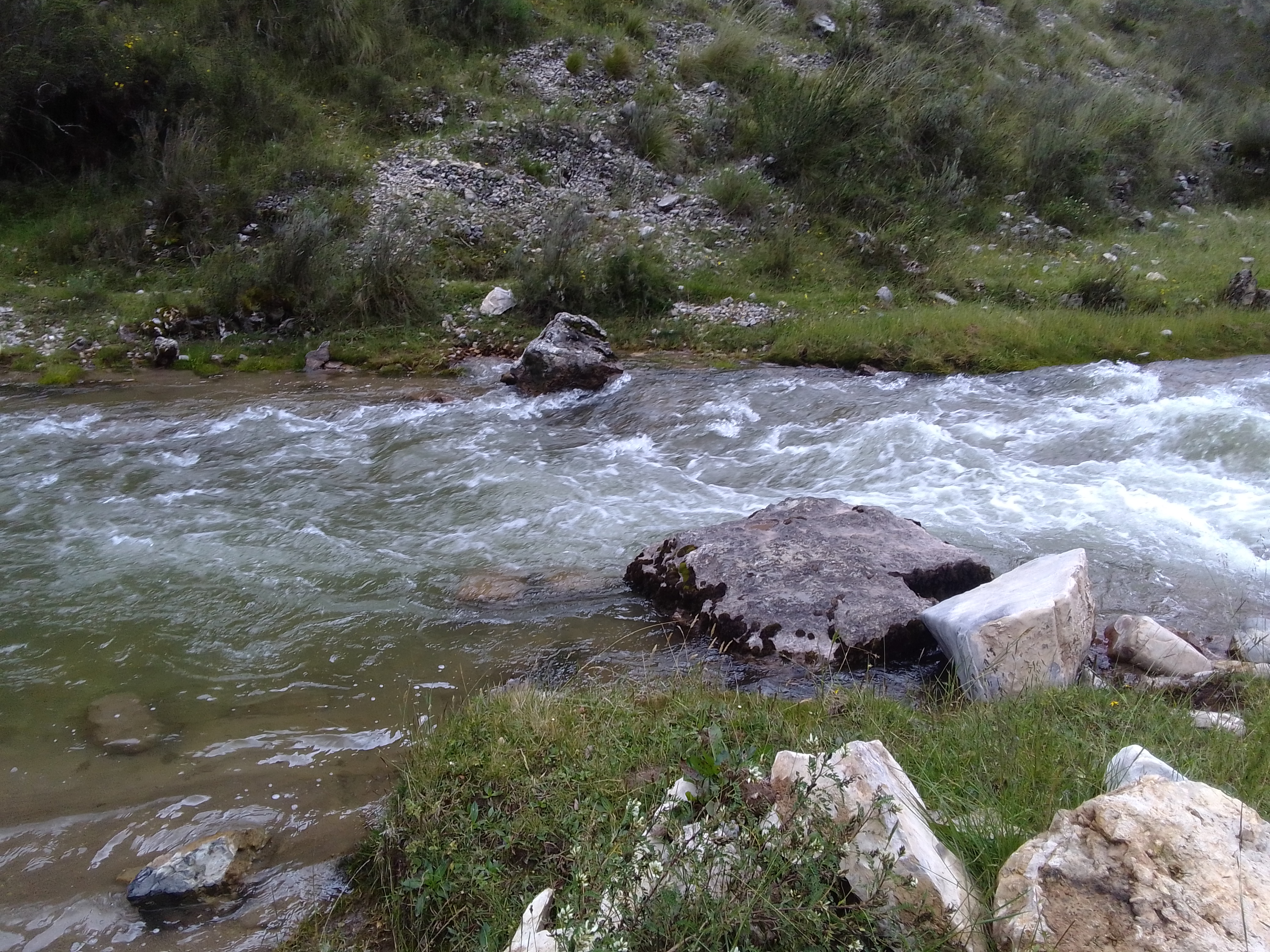 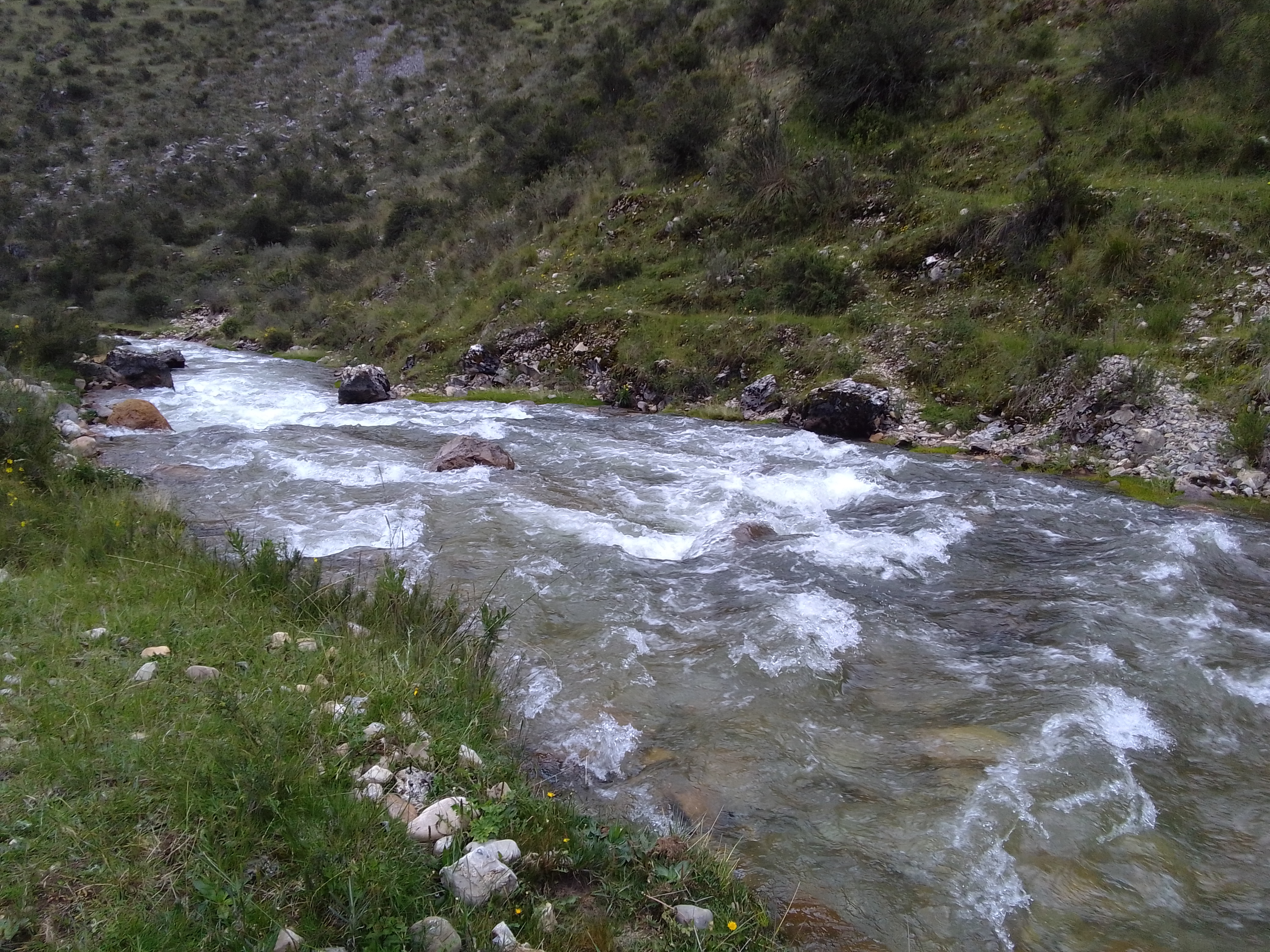 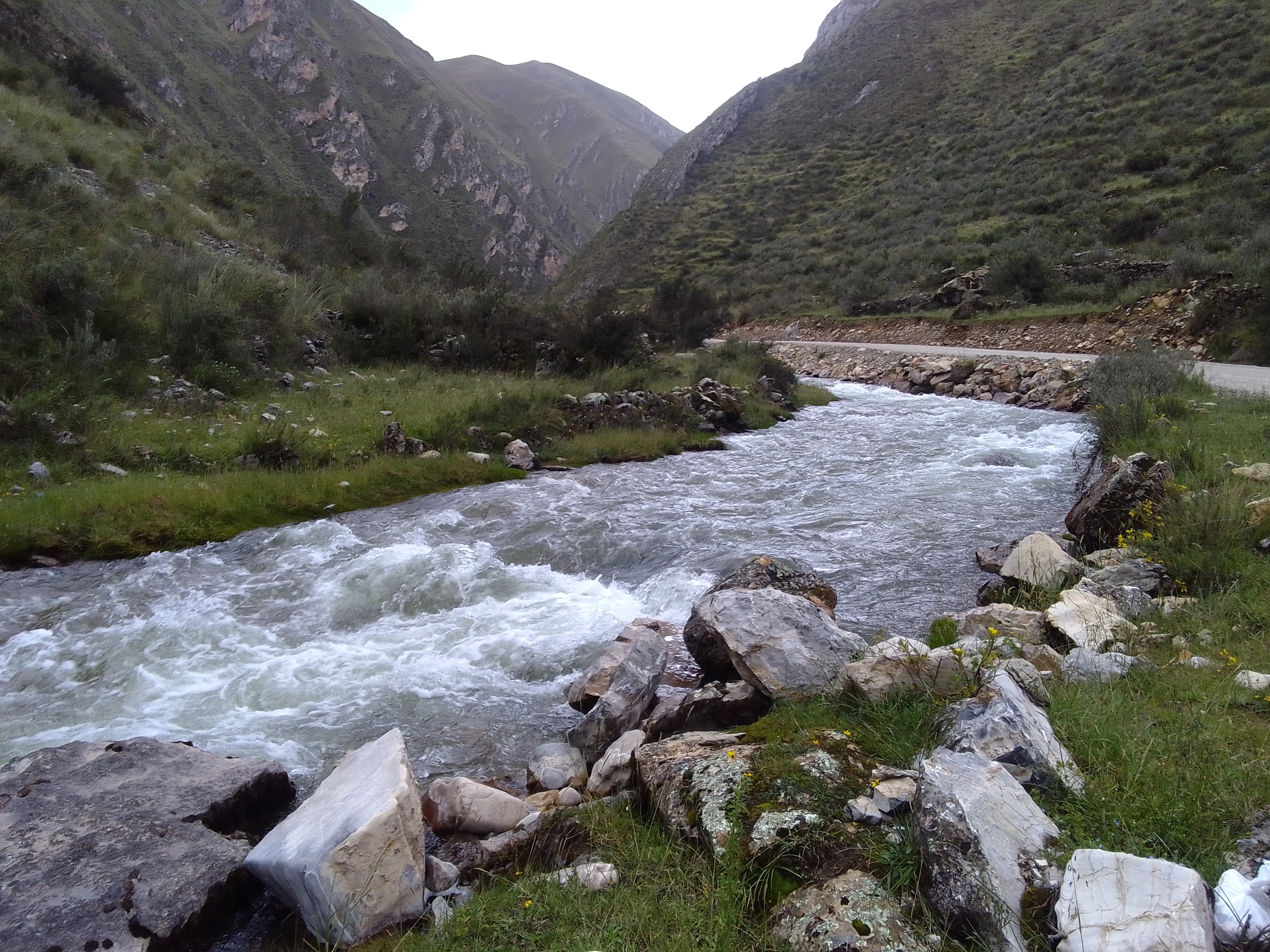