Discharge at this site is unaffected by water abstraction for the El Platanal HEP plant but is impacted by water abstraction in the Tupe valley above Catahuasi. There are two small isolated communities at Tupe and Aiza with a mainly subsistence production economy. Discharge in the Rio Tupe is highly variable - in July to November levels are minimal, in January the river becomes more of a torrent.

At just over 1200m asl the DO readings at RT03A are as expected in November but were higher in June/July when discharge levels are higher. Low water levels in the river in November contribute to a degree of stagnation and eutrophication in some sections of the channel. The raised elevation and great fluctuations in daily temperature in such narrow and sheltered valleys will also produce fluctuations in maximum absolute oxygen capacity and, in consequence, percentage saturation that therefore fluctuates with that rhythm.

The conductivity readings (180-182 µS/cm) are low, as would be expected for a relatively small sub-catchment.

An average pH reading of over 9.0 (in November 2021 it was the highest recorded anywhere in the Canete valley at 9.41) indicate that it is more alkaline than the main channel. This requires further investigation to identify the causes. However, at these levels the alkalinity of the river is still suitable for aquatic life and not approaching the upper tolerances of most aquatic vertebrates and invertebrates.

Site RT03A is located adjacent to the town of Catahuasi at 1220m asl in the arid upper tropics. This sub-catchment is one of the smallest sampled. It is only occupied by the small communities of Tupe and Aiza. These are isolated communities that have only recently been fully connected to the local economy with the construction of a road. The lower valley has a deeply incised v-shaped profile and valley sides are steep and rocky.

At this point in the sub-catchment farming is not practised to any great extent. There are small orchards producing avocados and a variety of fruits are grown. As elsewhere in the drainage basin, discharge is highly variable with a marked seasonality. Discharge measurements from January to March are likely to be considerably greater than in September-November. The channel itself is choked with large boulders and rocks from landslides and earlier flooding events.

Rubbish from Catahuasi is disposed of, on a small-scale, into the river at the study site which may have an imapct on some recordings. 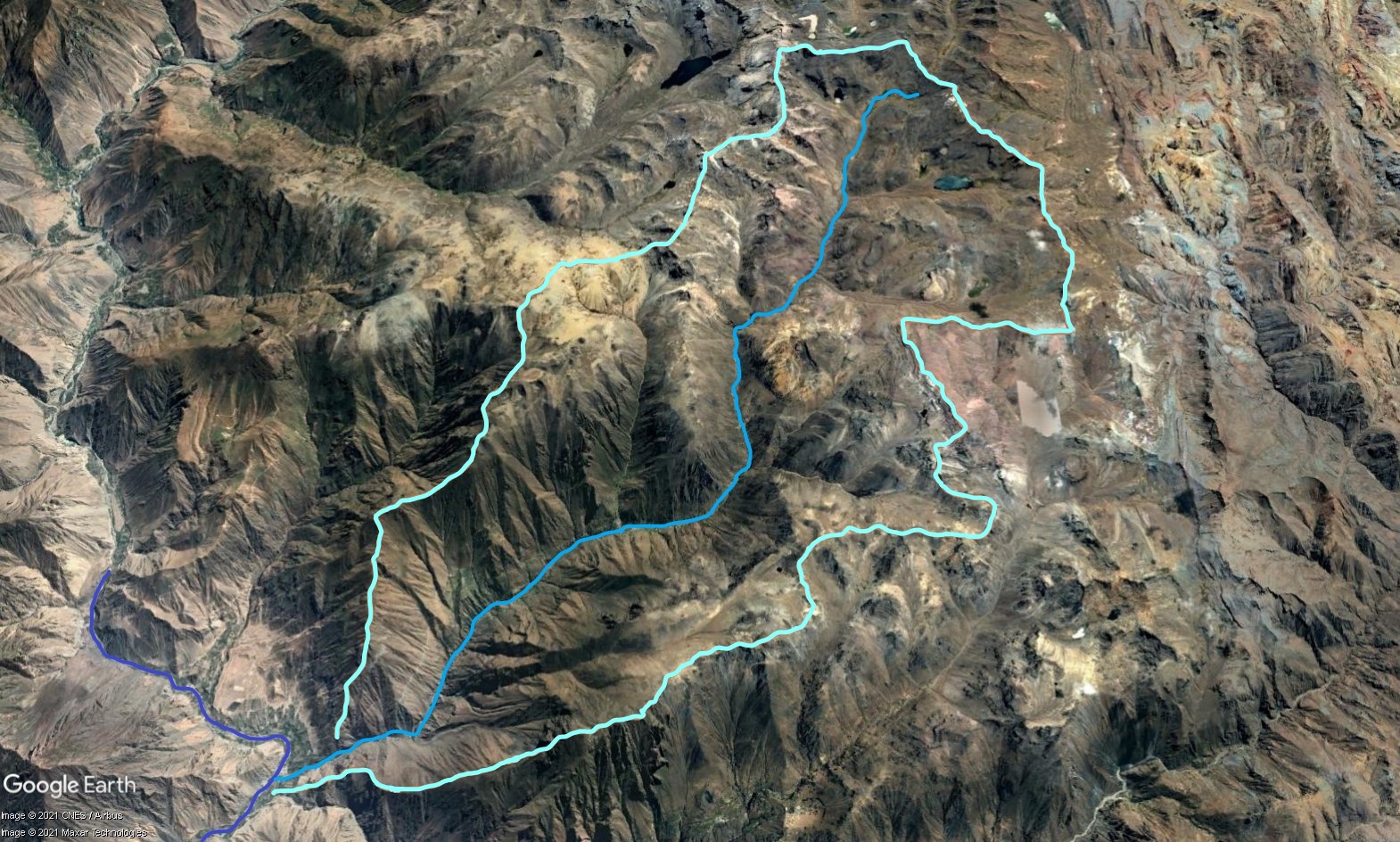 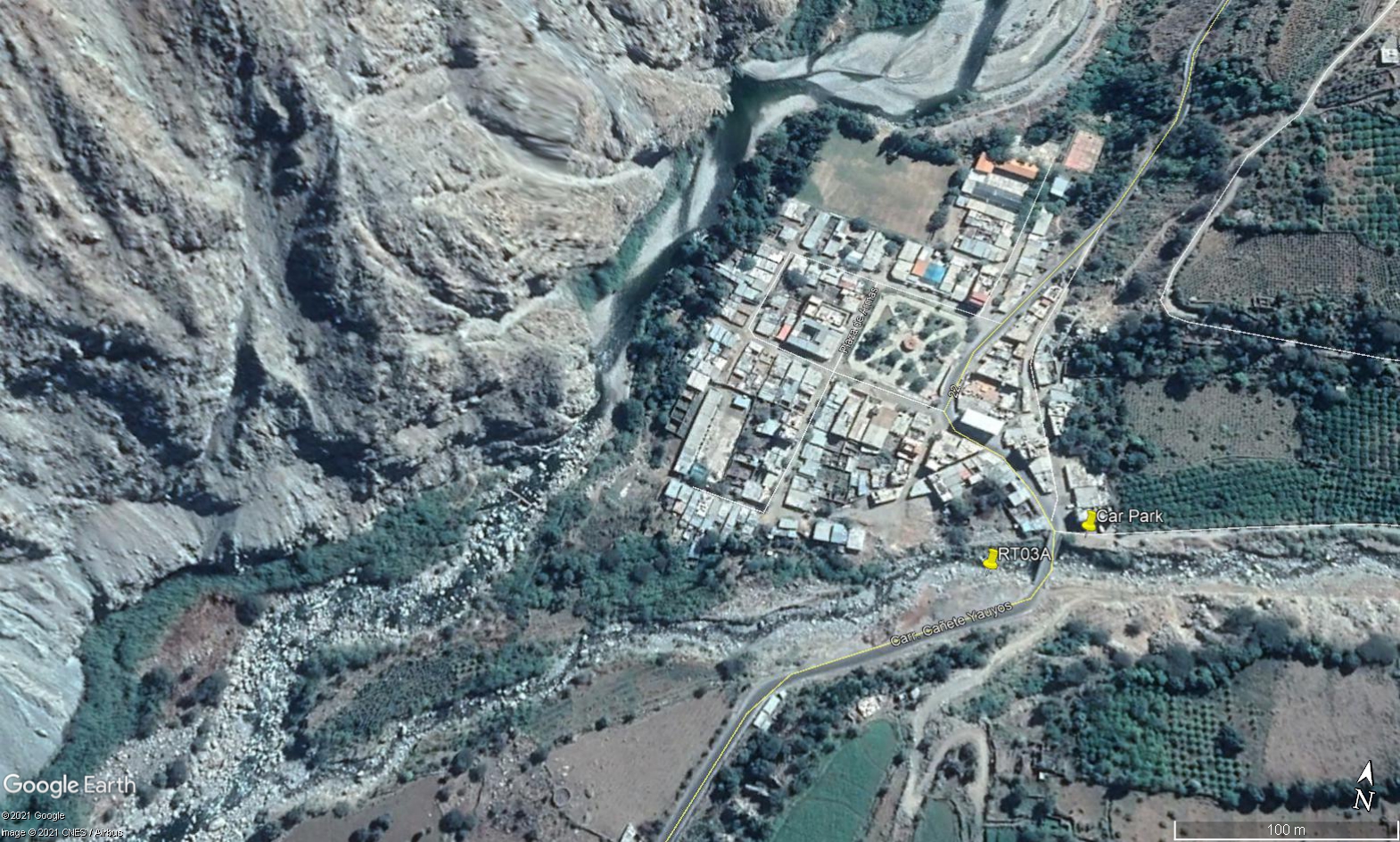 Site RT03A - the study site location: just beside the settlement of Catahuasi and below the main highway bridge. (John Forrest) 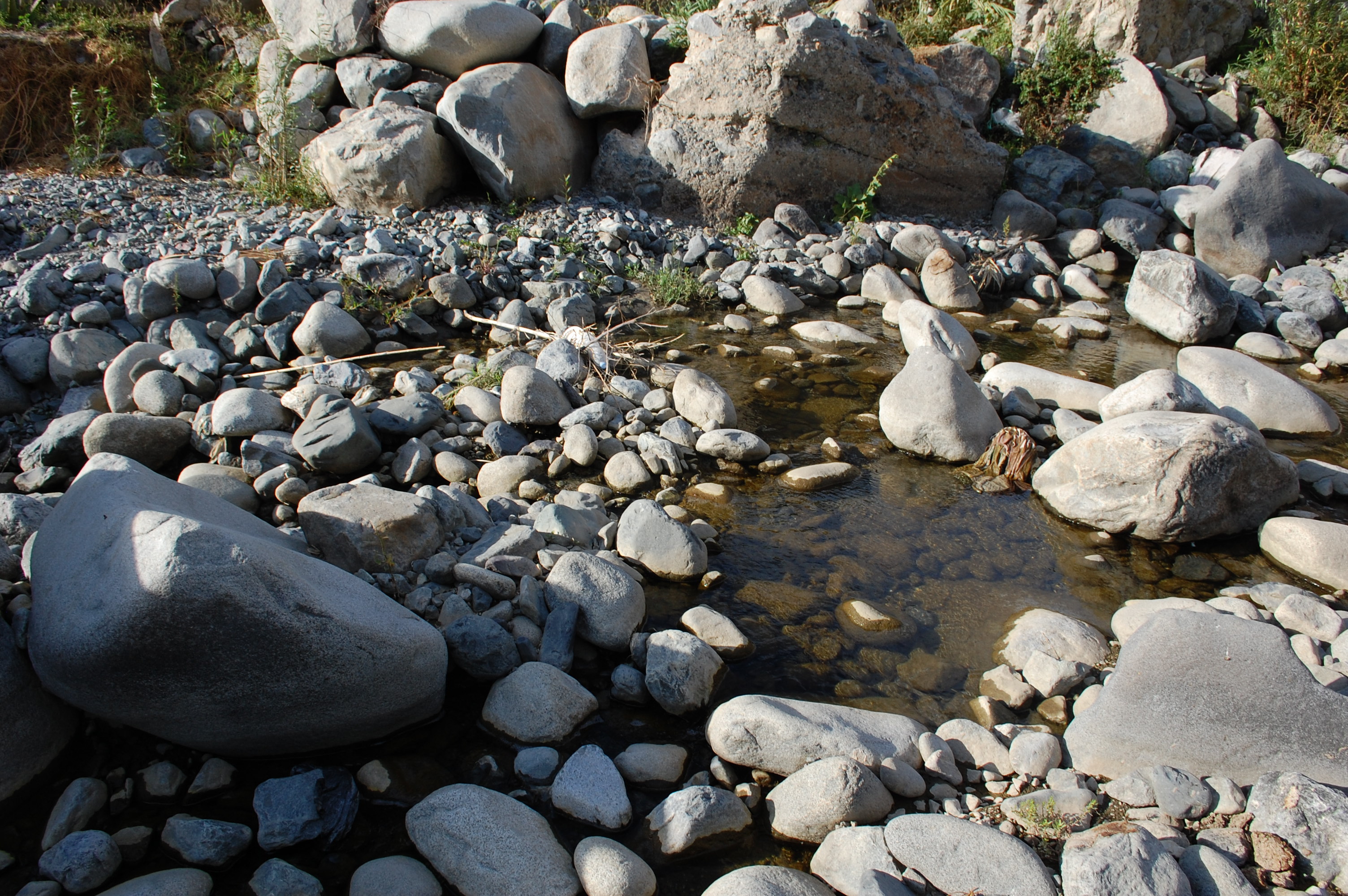 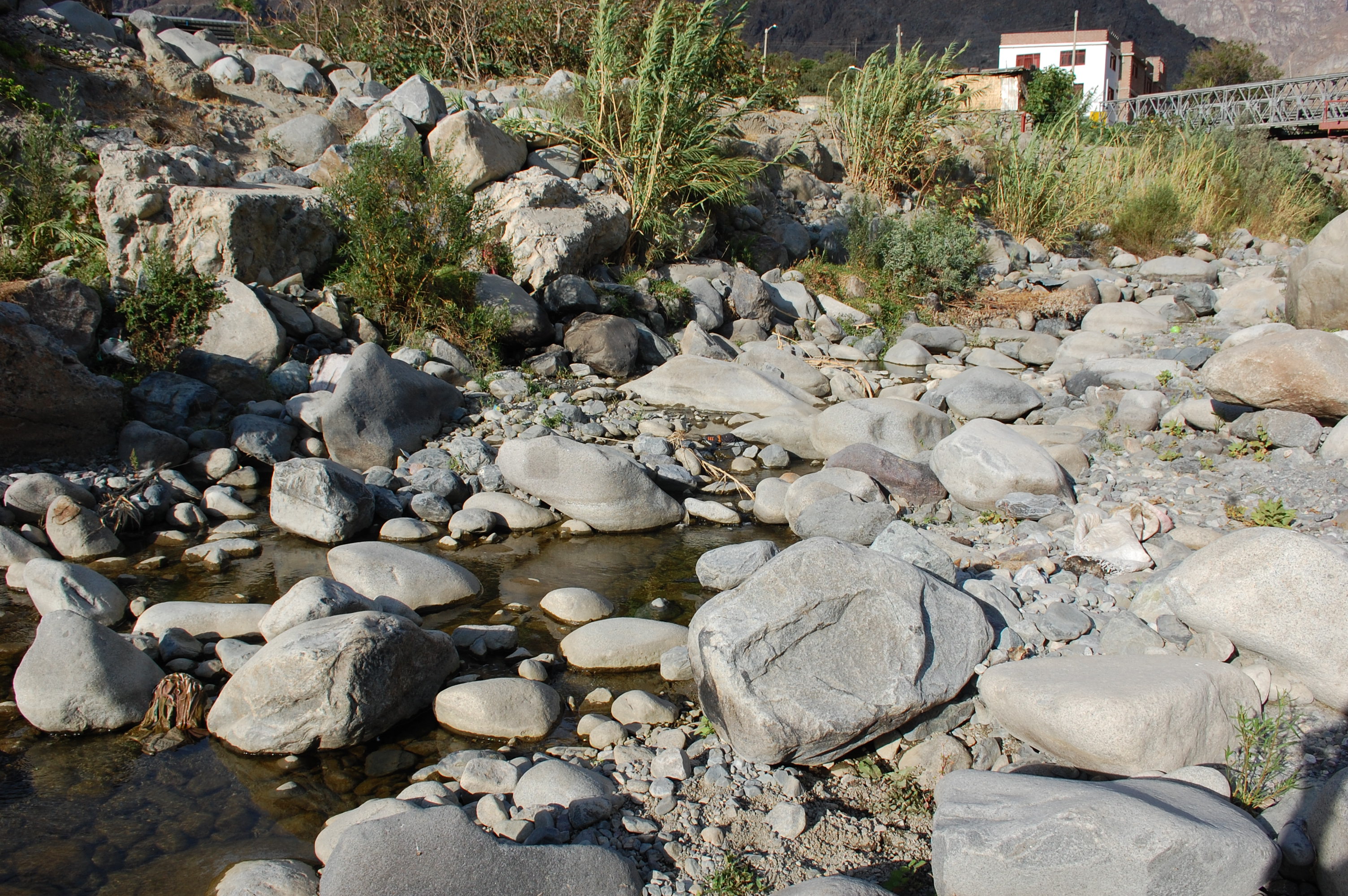