Discharge at this site is significantly reduced by the catchment hydroelectric water management system - site RC04 is bypassed by the tunnel system that connects the Capillucas and lower El Platanal reservoirs. The discharge will be impacted by the hydro-electric plant either withholding or releasing water and flutuating contributions from the rio Lincha, which flows all year round.

At just over 1000m asl the DO readings at RC04 are as expected for both the July and November 2019 data sets. The raised elevation and great fluctuations in daily temperatures in such narrow and sheltered valleys will produce fluctuations in maximum absolute oxygen capacity and, consequently, the percentage saturation that therefore fluctuates with that rhythm. At DO levels from 7.1-9.9 mg/l and 85-121% oxygen saturation aquatic vertebrates survive and invertebrates will thrive.

The conductivity readings at this site 228-552 µS/cm is as expected though the higher figure might be an indicator of some limited contamination from waste waters and agricultural runoff.

A pH range of 8.4-8.9 is slightly higher than expected but is suitable for aquatic life. It does not approach the tolerances of most aquatic vertebrates and invertebrates.

Site RC04 is located below the town of Catahuasi in the arid upper tropics. The Rio Cañete, at this point, is downriver of limited intensively farmed lands. The use of pesticides and fertilizers is probably only higher in the various sub-catchments in the temperate zone. The valley has a narrow steeply v-shaped profile with a tall river cliff on the north bank, indicating earlier periods of significant flooding perhaps at the end of the last Ice age. As elsewhere in the drainage basin discharge is seasonal but also further impacted by the operations of the El Platanal hydro-electric plant.

The banks are lined with scattered willow. The cultivation of crops is mainly for subsistence farming but the production of maize, with smaller areas of avocado and fruit production supplies markets lower down the valley. As with elsewhere in the catchment there is little or no natural vegetation remaining. The fauna and flora in the valley are depauperate with relictual west flanks endemics.

There is a large trout hatchery fed by a nearby spring whose outflow is just below the site. 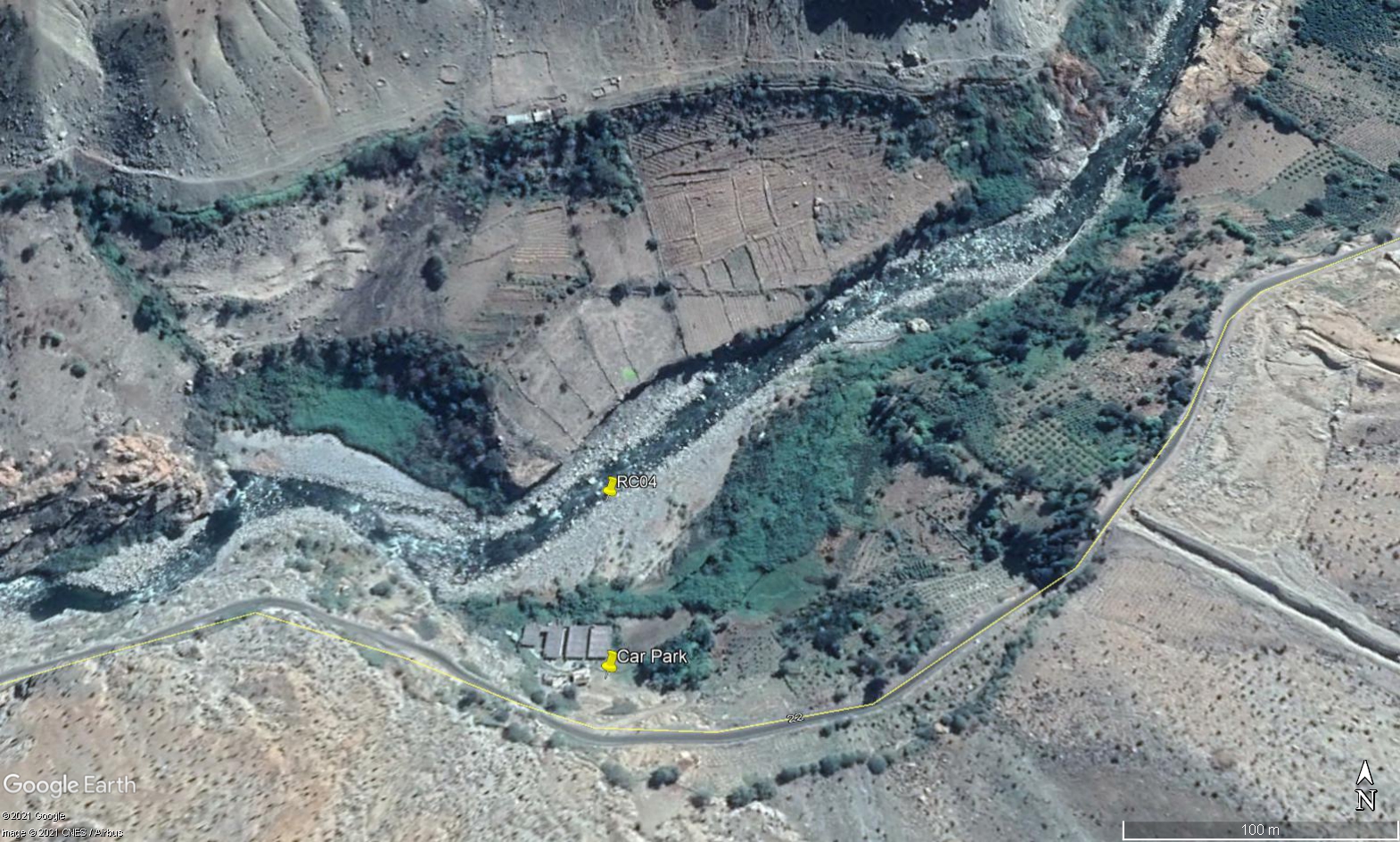