Discharge at this point along the Rio Cañete is as expected at over 8 m3/s in the Summer but is much lower in the Winter. Discharge rapidly falls to base flow in the latter part of the dry season (July 2022) before reflecting the arrival of the rains upstream (November 2019).

At almost 3600m asl the DO readings at RC14 are as expected. It again follows the pattern in which DO readings slowly fall as elevation increases. The measurements for conductivity and total solids are as expected reflecting local geological conditions and weathering processes in the river channel. At these levels of conductivity and total solids water quality is good.

The pH readings of about 8.5 are as expected for a clean river and appropriate for most forms of aquatic life.

As the population density above Huancaya is very low the impact of anthropic activity on water quality would seem to be minimal. There is little agriculture, no mining and only the village of Tanta is of any size.

Site RC14 lies in the arid temperate zone just above the town of Huancaya at 3596m asl. At this point the valley has a sharply v-shaped profile. The channel gradient above Huancaya is broken by a series of beautiful turquoise lakes and marshy areas forming a series of terraced weir-like landforms of natural origin. The bed load in the river channel consists of sands, gravels, and smaller boulders. The site is located on the road bridge over the river which passes through four tunnels beneath the bridge. The river flow in the Rio Cañete is year-round with discharge in the Winter months perhaps approaching base flow but is significantly higher in the Summer months.

There remains much agricultural activity on the south facing slope above the town, the principal crops being potatoes and quinua and alfalfa. Otherwise, extensive pastoralism dominates rural land use. There are also some relictual areas of terracing on steeper slopes. The valley here lies within the Reserva Paisajistica Nor Yauyos-Cochas and the riverine features above Huancaya are an important part of the reason for so designating this catchment.

Above Huancaya, the road to Tanta is also the principal transport route to San Mateo and the central highway, in the Rimac valley but is little used and serves only sparse rural communities. 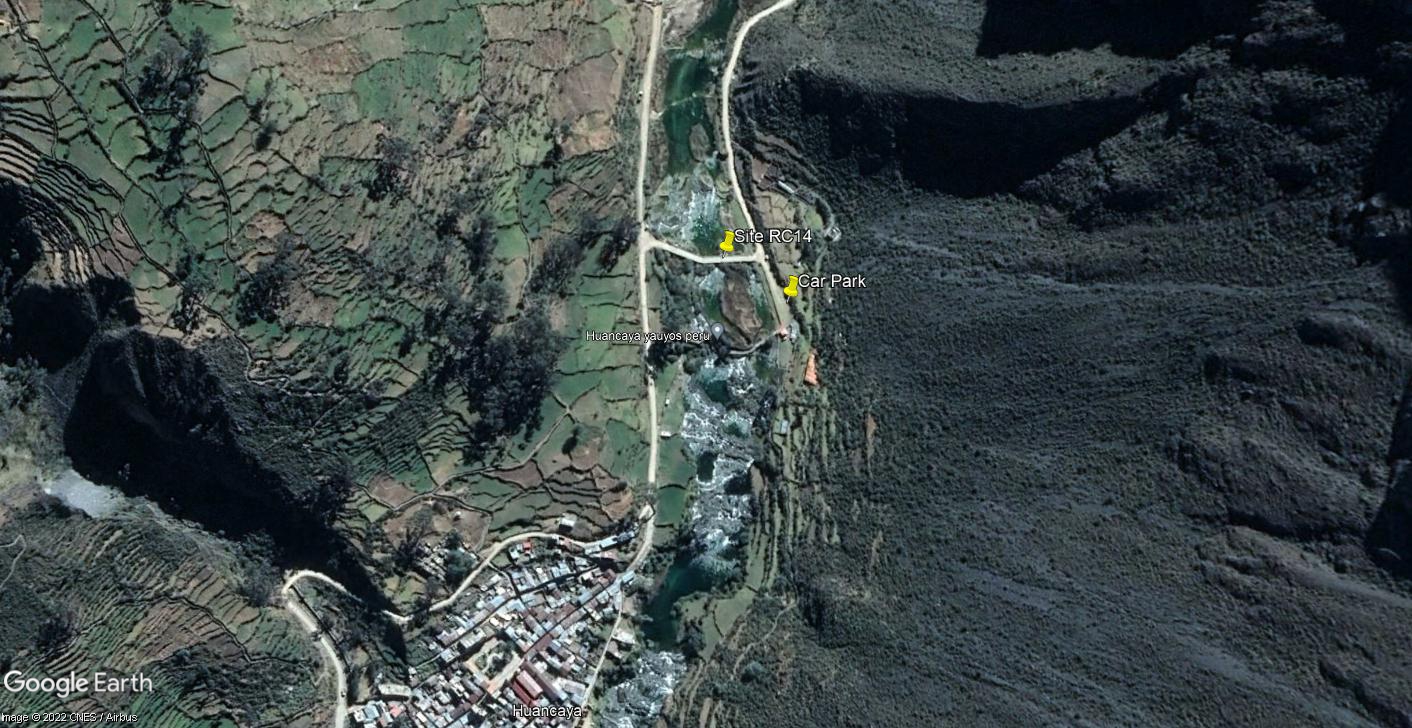 Site RC14 - Study site location: above Huancaya on one of the main channels above the colonial bridge. 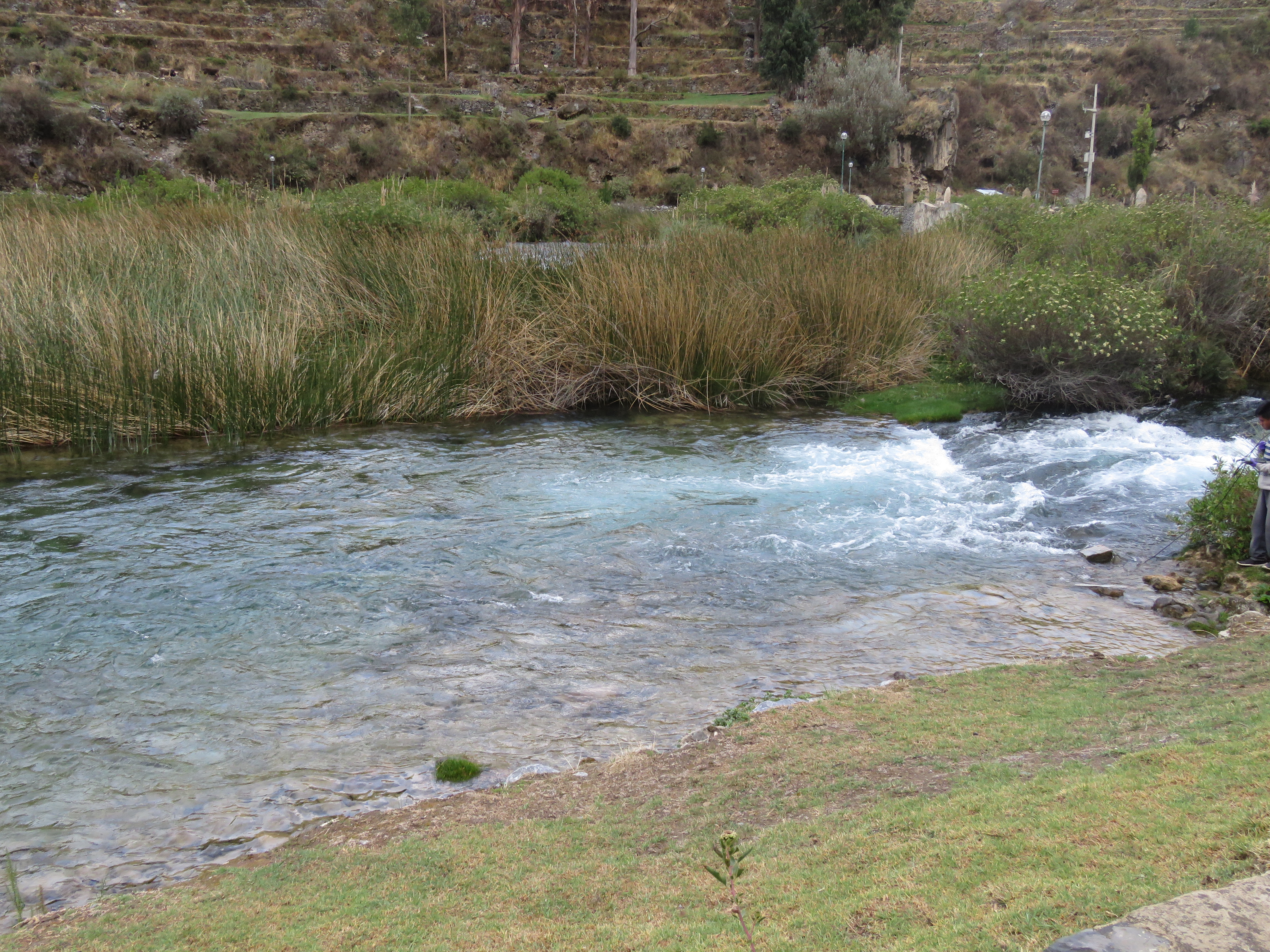 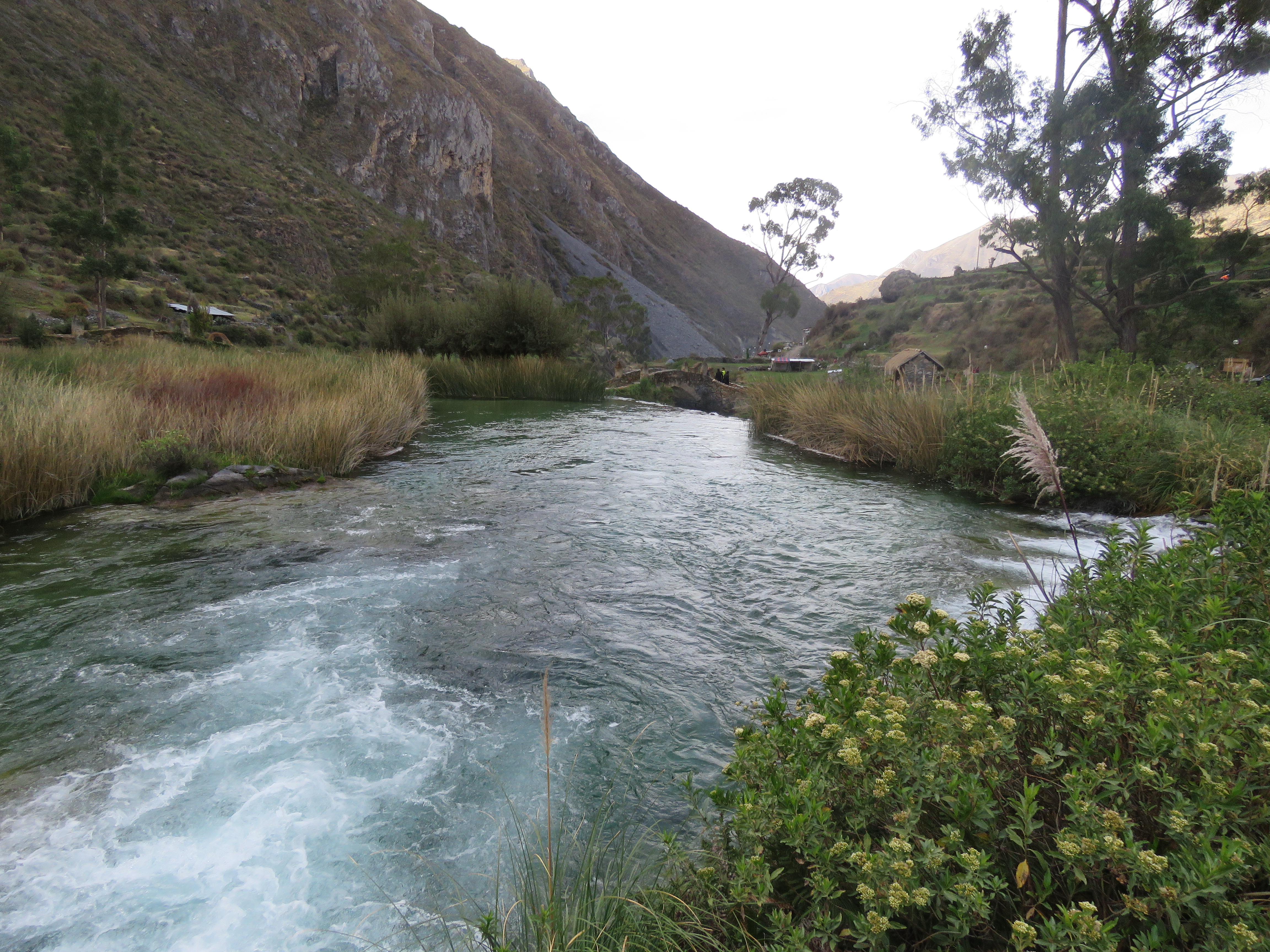 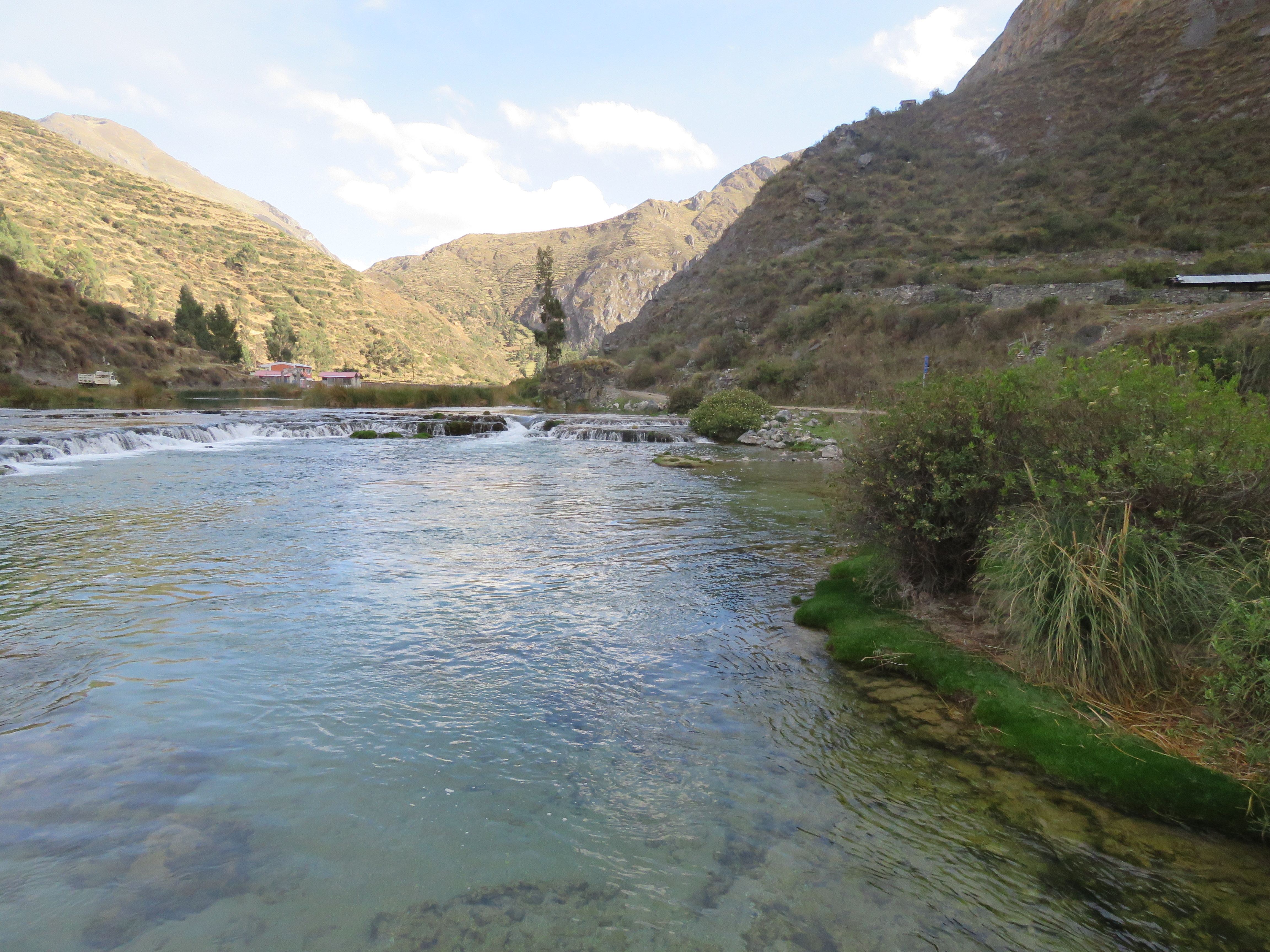