Discharge in the Rio Ayauca is minimal for much of the year but an elevated discharge is recorded in the early part of the year during and immediately after the rainy season followed by a gradual diminution until the rains start again in December. The periods we have sampled lie mainly within the dry season. However, the rio Ayauca is formed from three not insignificant tributaries which suggests that there is a major extraction of water from the river upstream for irrigation purposes and, to a lessser extent, to supply the villages of Ayauca and Ayampi.

At just over 1740m asl the DO readings at RT04A fall within the range to be expected for both July and November data sets. Again, the increased elevation and diurnal fluctuations in temperature in narrow, sheltered sections of the valley will produce fluctuations in maximum absolute oxygen capacity and, in consequence, percentage saturation. This then fluctuates with that rhythm accordingly. However, the DO levels indicate that the conditions for life are acceptable despite the low water levels and temperature variations, and abundant frog spawn and immature frogs were found in the river during the November visits.

The Conductivity readings at this site (236-365 (µS/cm) are on the low side. Since the stream discharge is very low the overall impact on the quality of water in the main channel is minimal.

pH readings approaching 9.0 are slightly on the high side compared to the main valley. At these levels the alkalinity of the river is still suitable for most aquatic life and not approaching the tolerances of most aquatic vertebrates and invertebrates.

Site RT04A is located adjacent to the settlement of Calachota and above the main Rio Cañete valley at 1740m asl in the arid subtropics. This narrow side valley drains one of the larger sub-catchments that lie on the north bank. At this sample point it has a less v-shaped profile. There are significant areas of cultivation, requiring irrigation waters on the south side of the valley. This is taken from higher up the valley and used to irrigate the hillside above the village of Calachota. Irrigation channels carry water along valley side contours extending the area of cultivation significantly. As such the Rio Ayauca has little or no water in it for much of the year.

The use of pesticides has been observed at many sites throughout the valley and it would be useful to know which agrochemicals are being used. It is also a concern to see the individual application of these chemicals without user protections. As such it must also be a concern that their use is indiscriminate and that there are no controls placed upon their use. As elsewhere in the drainage basin discharge is highly variable with a marked seasonality. Discharge measurements from this tributary from January to March are considerably greater.

Above the cultivated areas valley sides are arid, supporting a xeric vegetation. Along the valley bottom, the vegetation is anthropic in origin. There only remain scattered acacia, clumps of river cane and smaller willows along the river edge. The fauna and flora in the valley remains depauperate and largely comprised of synanthropic species. Scrub Blackbird, Black-necked Woodpecker and Bare-faced and Croaking Ground Doves are common as elsewhere up to the temperate zone. It would be interesting to see if there is any bioaccumulation of pesticide residues or other trace metals in the avifauna throughout the valley. 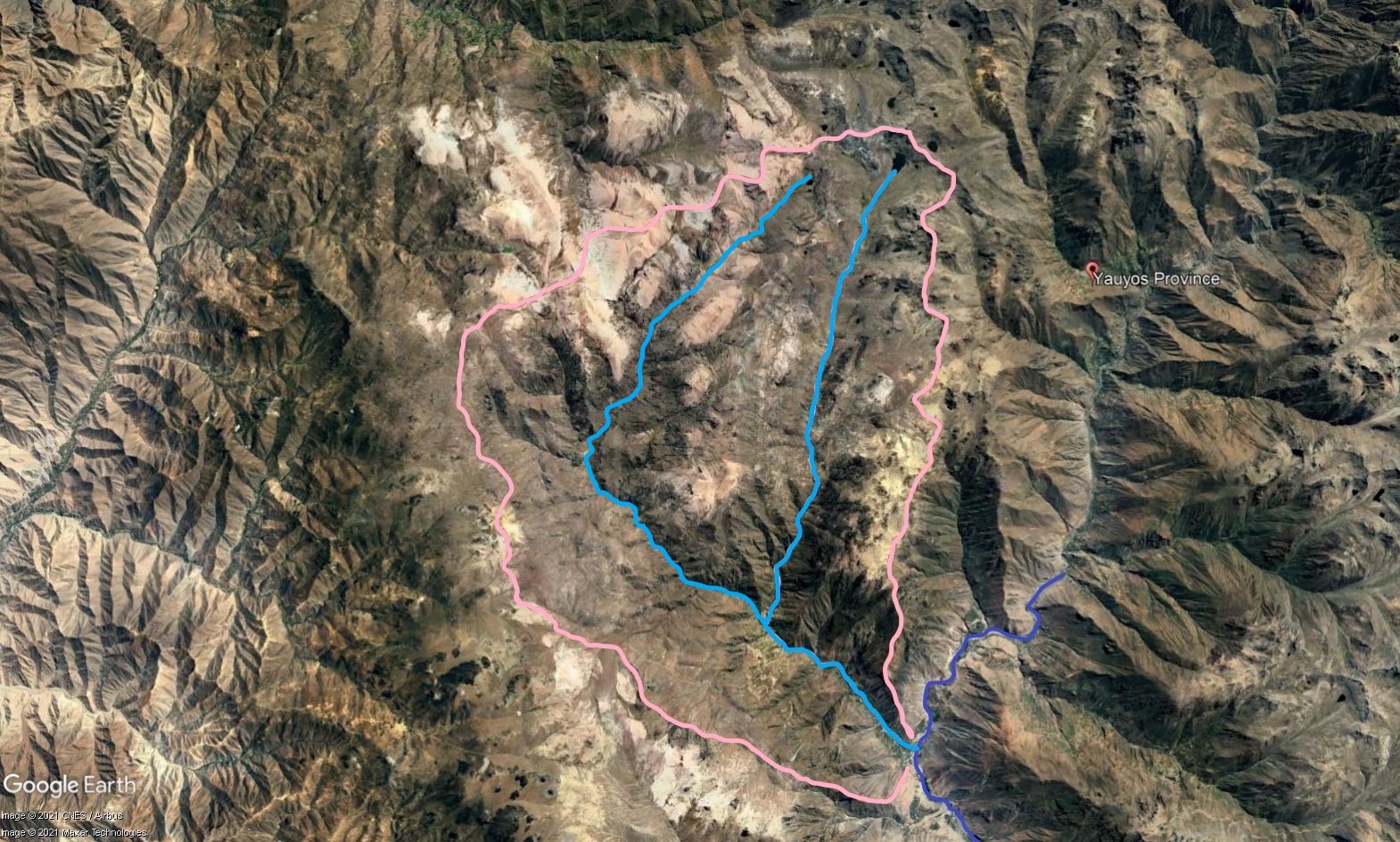 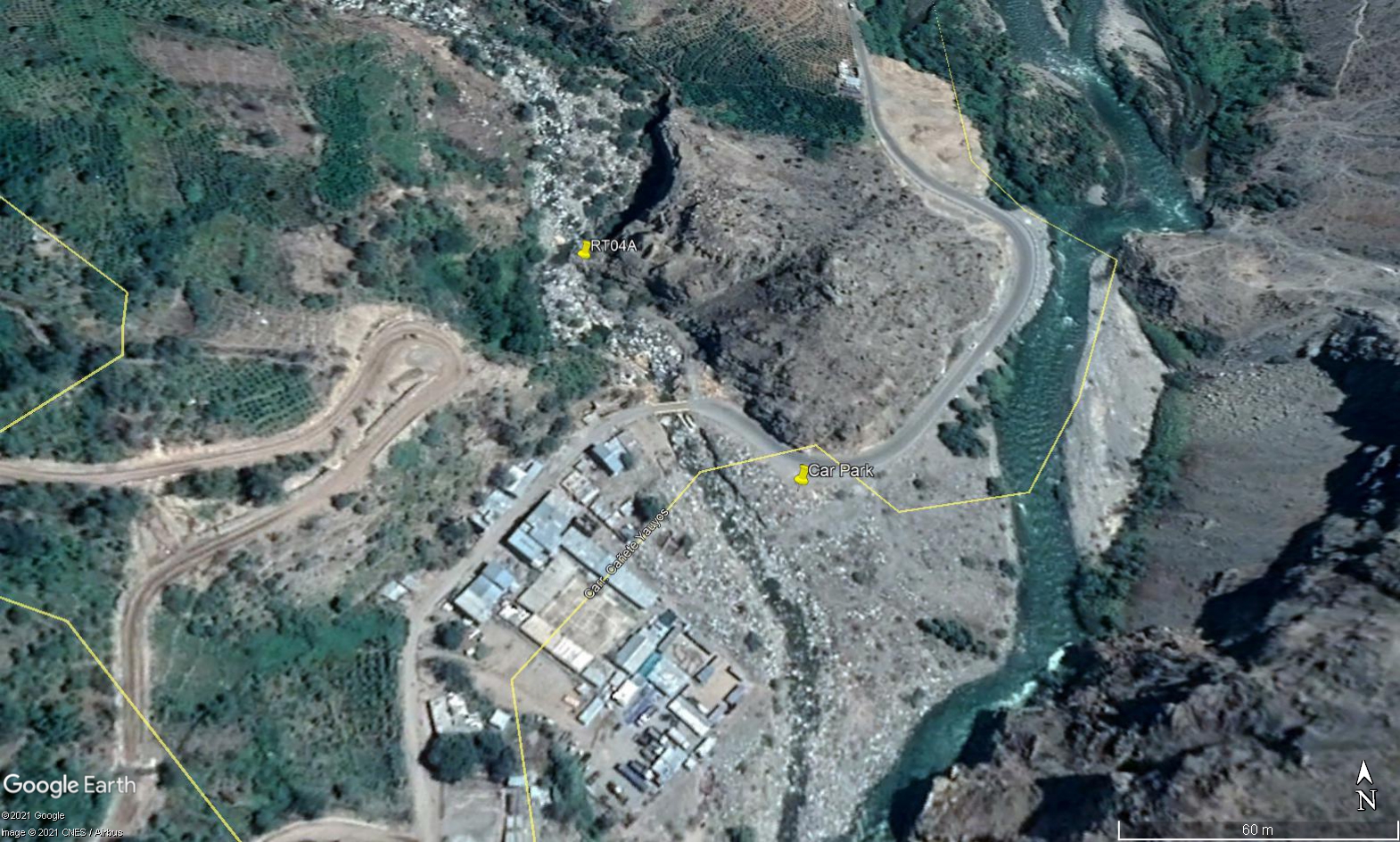 Site RT04A - the study site location: just above the village of Calchota and up from the main valley highway. (John Forrest) 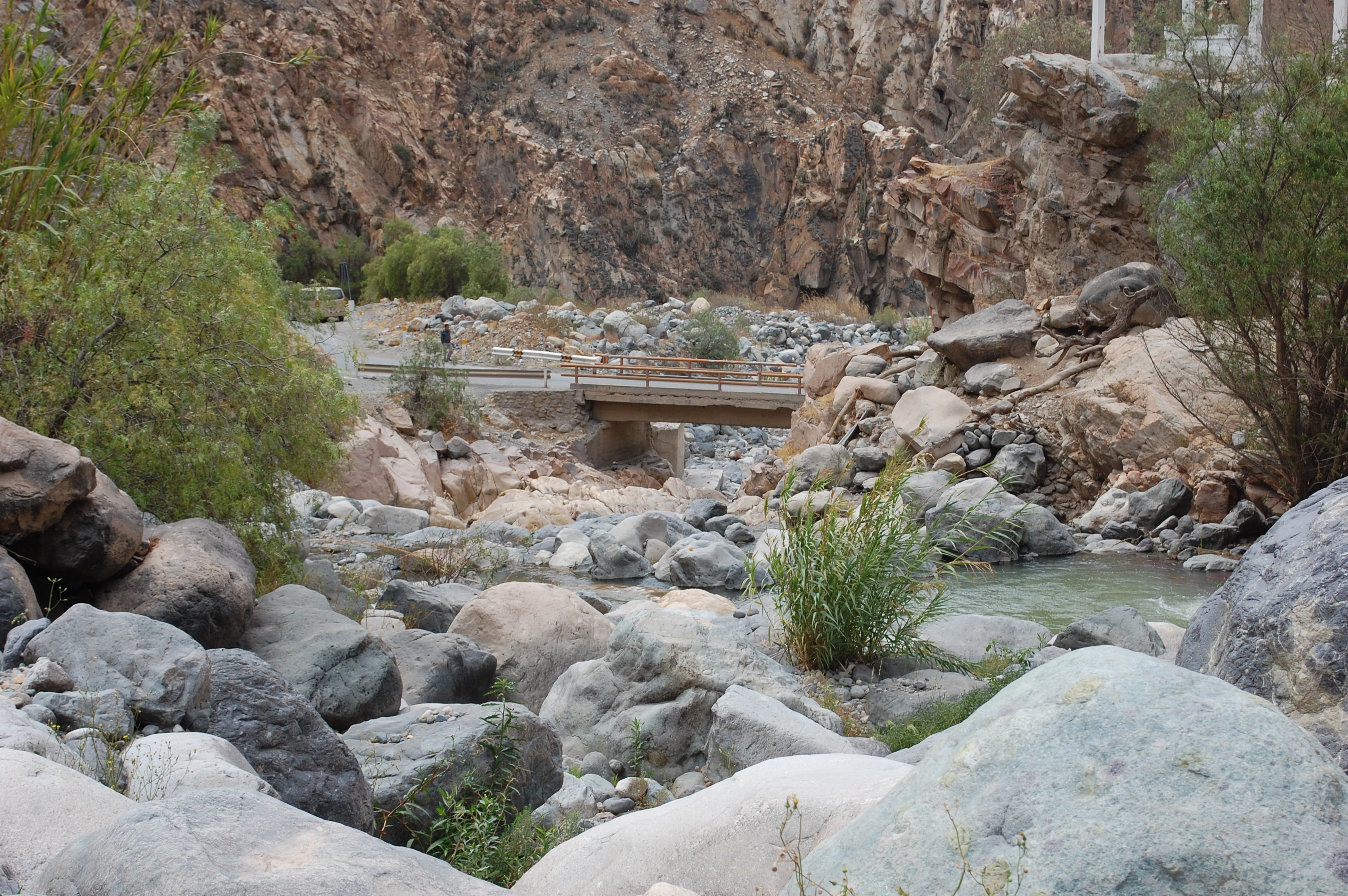